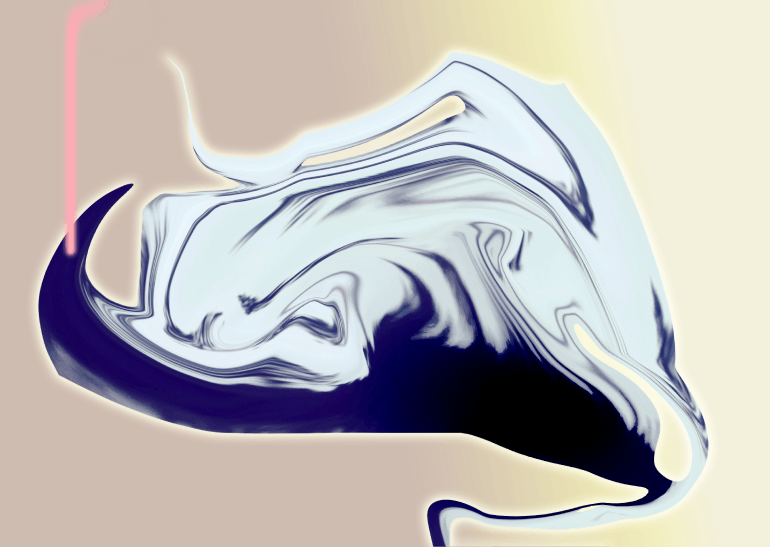 I am excited to be back on board at Good Because Danish, and I have a huge desire to share my favourite Danish gems with our readers! New AyOwA‘s single, which premieres today, is a great place to start. “First Frost” is the duo’s first single in English and a part of their forthcoming record “Amoeba” – to be released later this year. From the first listen, I genuinely loved this song.

Our readers should know AyOwA already. As a brief introduction for someone who has just hit GbD’s website for the first time – AyOwA is a Copenhagen-based electronic pop duo consisting of Nicolai Kornerup and Hanah Schneider, two long-term friends and musical partners. AyOwA present themselves with modular synths, ethereal vocals raised on Nordic roots, framing dark and dreamy atmosphere in their music.

Up until now they had been singing in Danish, however, they decided to turn to English lyrics, making their music more accessible for a wider audience.

“The song “First Frost” is about a couple who has experienced their whole life, and towards the end sets out in the first winter frost to disappear together. It is the sound of a lasting pact, of infinite love and strength. A sound of crackling snow under your feet, and of clarity of the heart” –  AyOwA comment on the song.

“First Frost” drags us into intense, electronic beats from the beginning. “Cars pass, busy streets and park life, I see the wide lights in your eyes” – Hannah’s whisper marks the song with all the qualities that make AyOwA so  timelessly great. The song itself makes you feel inspired and vivacious, but also frozen in this particular moment. You might forget about chatting on a smartphone or checking Netflix’s new releases and get lost in the image  of the lacy frost on windows in the middle of winter. “First Frost” is all pleasantly smoothed over with harmonies and ambient strings. Such minimalism used to emphasise one’s worries and affections is a well-known trick, and you won’t have an impression of anything else – you call it Danishness.

We have a feeling that AyOwA’s music sensibly transfers into new territories that we can’t wait to explore. The premiered single is a great reference to stay in touch with their music for a long time.