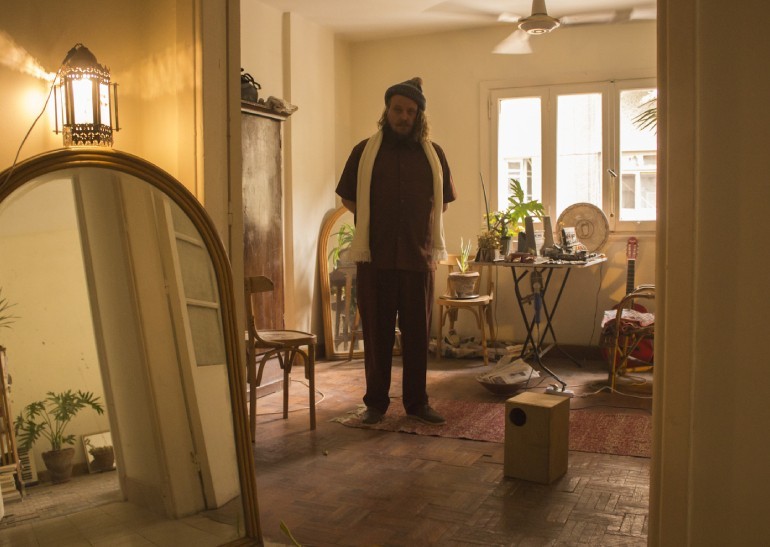 “The United Kingdoms Part II- Animals of the Frozen Cloud” is M.Rexen‘s second album. It is incredible, theatrical and mystical. Like frozen clouds, the release seems diffuse and is composed of nine free-floating tracks- creating a dark but at the same time warm atmosphere. It has been recorded while M.Rexen during the breakup of his girlfriend. A rough time which is reflected in the record. Definitely not a regular album. And I will tell you why!

M.Rexen shines with wistful lyrics, surprising melodies, and experimental spontaneity. This record is a delicate expression of his emotions, thoughts and feelings, and subtle motions. It is a creative interplay of powerful melodies and catchy lyrics that take you by your hand, and you can immerse yourself in it. He successfully expands his music and “The United Kingdoms Part I” without losing his charming spirit.

With the opening track, M.Rexen takes the listener to a dark lost place. You can imagine the situation well: a vanishing love, lost in thoughts and the feeling of powerfulness incapable of lighting up the fire again. While “Autumn Home” is wonderfully lyrical and played softly dreamy “I’m Not Whole” surprises with its powerful electronic rhythmic elements.

With “Moondog” and “Mija (This is the End)”, it goes on dreamily dramatic. “Moondog” is about M.Rexen’s favourite American composer Moondog but the song and the whole album on a much deeper level are about the creative circle and how failure is part of the mysterious and delightful process. Whereas “Mija” is about the relationship with his girlfriend Mija and no other then she gives the song her voice and emotion “as many of the songs it was created in the studio – while we were breaking up – it has been the most painful song of my life”.

And then follows “My Red Leopard”, where you can feel his experimental and lively approach to music. In the incredible majestic and lively “The Future”, he puts together fluttering flutes and the piano that you feel like being in a fairytale on a journey to unknown places. It is “another classic tale of love, where a man finds his partner impenetrable, while he is plagued with visions of possession and burning cities”. If anything, “Amak trad” is raising the question of living an illusion. Are we just puppets on a string?

The album ends theatric and quick with “The Weight is lifted” where a melancholic piano and sad voice crying the weight is lifted are the main themes of the piece.

“The United Kingdoms Part II- Animals of the Frozen Cloud” is an album with a lot of emotions and dramatic moods, perfect for an evening on the sofa with your headphones on.