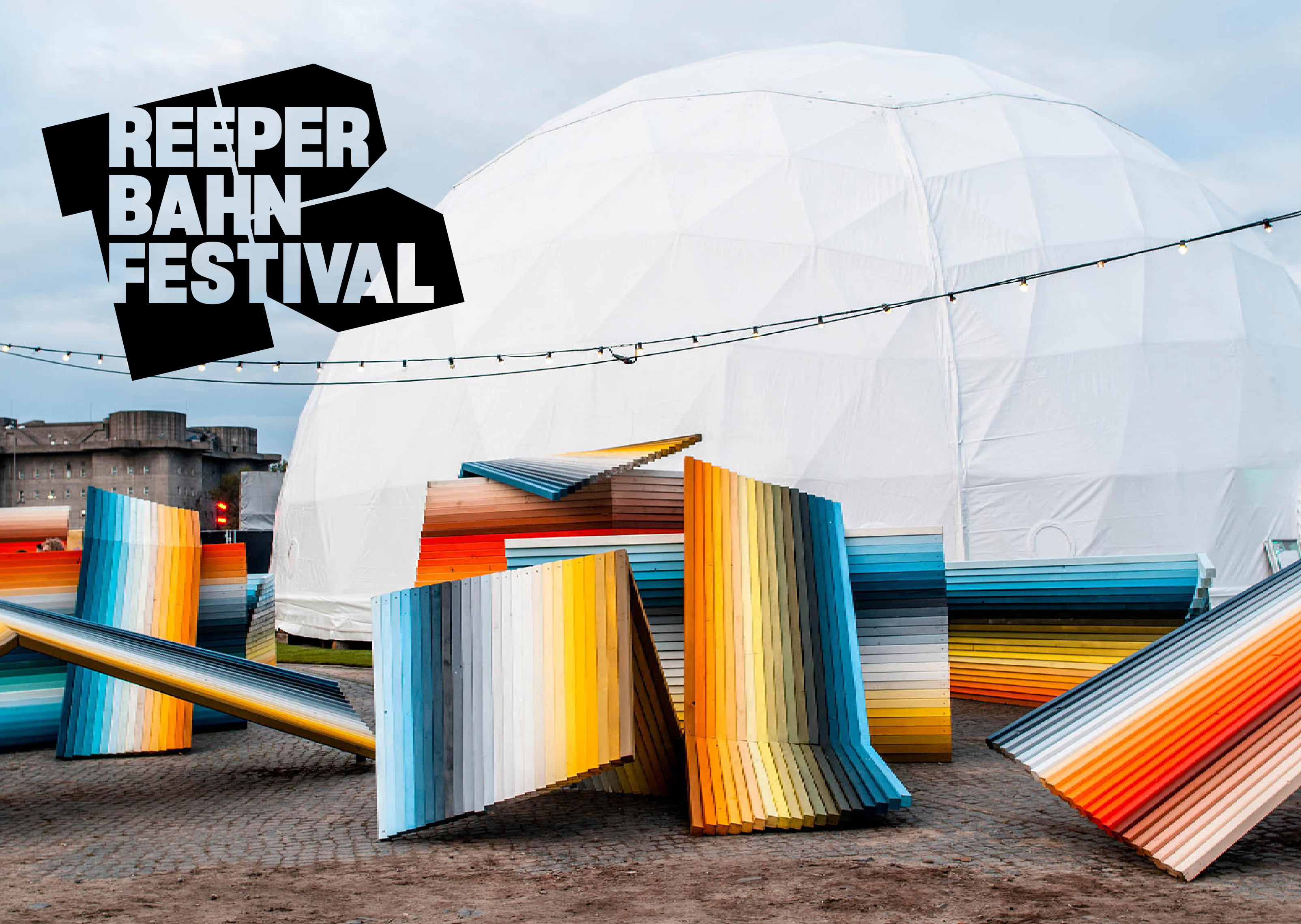 What? A music festival? During a worldwide pandemic? In times when most festivals are cancelled and postponed to 2021, Hamburg’s Reeperbahn Festival said: you know what, we are still happening! The festival took the Covid-19 crisis as challenge to plan world’s first pandemic-proof festival. For Reeperbahn Festival, which is known for small club concerts and showcases, as well as its conference and networking events, this is a bold statement to make. Nevertheless, the organisers tried their hardest to make this year’s edition safe but still enjoyable.

The people of Good Because Danish have been regular visitors of Reeperbahn Festival since it started in 2006. Check out our interviews with Lydmor and Penny Police from last year!

The musical program of 2020 will take place in a very reduced form. For example, the venue Elbphilharmonie, graced by Efterklang’s mesmerising performance in 2019, is not hosting any shows this year. Usually presenting a diverse international line-up, Reeperbahn Festival 2020 concentrates on acts from Germany and Europe. From Denmark, we can look forward to Be Svendsen, Calby, Drew Sycamore, Nicklas Sahl and Tina Dico. Initially announced Blaue Blume will sadly not play this year but took an offer for the 2021 edition of the festival.

We were pumped when the festival announced that Denmark is the focus country this year. I just remember the Danish Nights of MXD (Music Export Denmark) at the INDRA Club, which were always packed! Unfortunately, this year there won’t be a showcase like that, however Denmark is still the Focus Country and will be represented by six Danish acts in the line-up.

Be Svendsen: Since his performances at 2014’s Fusion and BOOM festivals, the Danish electronic artist has made his name all over the global festival scene. He likes to describe his musical vibe as “uniquely organic, genre-bending sound” or, in short, “Tarantino Techno”. Get a glimpse of his music through his debut album “Between A Smile And A Tear” or his set from 2016’s Burning Man festival.

Calby: If you’re looking for soul, this is for you! Though Calby only has three songs out, he already shows a very refined sound. We recommend listening to “The Million Dollar Song” and have him tuck you into the warm, smooth blanket that is his voice. This is our secret gem of Reeperbahn Festival 2020. When he becomes world-famous one day, you will be able to say “I’ve been there from the start!”

Drew Sycamore: Drew is R’n’B and pop with a slight melancholic feel, partly fragile, partly strong and danceable. Her voice is pleasantly deep for a radio hit singer. The debut album “Brutal” ensured that everyone in Denmark knows her name. “Perfect Disaster” is her new single to make sure the rest of the world does too. Catch Drew on her ongoing Denmark tour or at Reeperbahn Festival.

Nicklas Sahl: At only 23 years, Nicklas already has a debut EP “Planets” with sky-rocketing singles “Hero” and “New Eyes”. His sound is the epitomy of pop with great chart and summer playlist qualities. His first headlining tour will take him, besides Reeperbahn Festival, to several cities in Denmark and Germany in November 2020. If you want to listen ahead, check out his new album “Unsolvable“.

Tina Dico: Probably the best-known name of this list. Tina Dico was even titled the face of Danish folk pop by Reeperbahn’s organisers! After 2000, she became a phenomenon all over Europe, releasing music on her own label Finest Gramophone. Her latest album “Fastland“ instantly jumped to #1 on Danish album charts. When touring, she does solo shows, concerts with bands and performances with whole orchestras. We are excited to see which line-up she will choose for DOORS OPEN show at Reeperbahn Festival.

Baby In Vain: The trio will show the heavier, rock side of Danish music scene. Last year Baby In Vain collaborated on a dance performance with The Danish Royal Theater, and recorded their second album to be released at the end of 2020.

Due to safety measures, club shows will take place with a lot fewer visitors than usual. There will, however, be livestreams of some shows. Some good news: we won’t have to miss our beloved festival village on Heiligengeistfeld with art installations and outdoor shows! The outdoor program at Spielbudenplatz is also happening. The conference and networking program for music business insiders is held exclusively online this year.

Of course, there are new rules all visitors have to follow this year

Keep your distance. The standard minimum distance of 1.5 meters between two persons from different households applies. At club venues, distance control is ensured by seating arrangements.
Wear your mask. It is mandatory to wear a mouth-nose cover wherever the distance of 1.5 metres cannot be kept. For example, if one has to pass other people, e.g. queues, bathrooms, ticket desk, bars.
No bags are allowed in the venues. There will not be a wardrobe for your belongings. Think ahead where to store your stuff.

The ticket sale has stopped in order to ensure distance and other epidemiological regulations.