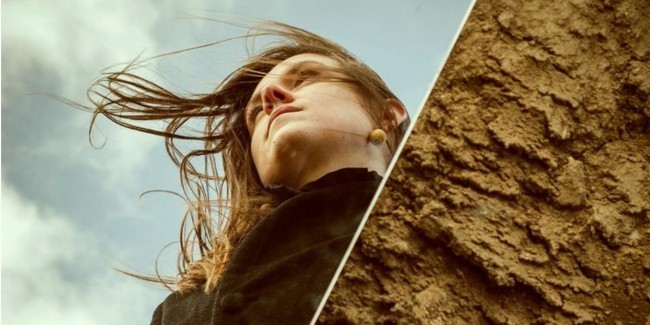 Every now and then, we stumble upon a gem in Danish music, which really gets to us. This time Good because Danish is happy to premiere a discovery like that – we’re pleased to present to you a wonderful single, along with a beautiful video clip – Helene Bak with “Darling”.

We believe the world needs more songs like this one – gentle, but meaningful; beautiful, but not too “flashy”. With real content.

“Darling” creates a very chilled out, cozy atmosphere from the very first sound. There is something calming, yet forcing you to think deeper about your life, about past, present and future. Helene Bak is an artist who has something to tell. She does it in a delicate way, without making any pressure, without trying too hard.

“The music video is inspired by the life cycle “ashes to ashes” where the errors we make are made part of life. The clay becomes a bowl which then breaks into pieces. Just like life, it also waves back and forth. It’s a cycle going round and round with no end.” – says Helene Bak about the video clip.

The well-balanced, laid-back guitar gives “Darling” the Americana-vibe, which fits perfectly as a background to Helene’s wonderful vocals. Altogether, the single and video clip make a whole which gets into your head imperceptibly, without giving you a headache.

Good because Danish: What do you like the most about making music?

Helene Bak: That I can tell stories and put people in different moods.

Can you tell us a bit more about the single “Darling”? How did you make it? What inspired you? What message did you want to pass on in the song?

I watched a television program about a woman who went to extremes to stay young through beauty sheds and different treatments. She ended up destroying her skin and achieving the opposite of what she wanted.

I think that many people may know the feeling of not being good enough and remembering only the mistakes they’ve made instead of keeping in mind all the things they do that are actually good and successful. I would like to encourage people to forgive themselves for all their mistakes. You cannot avoid making them, they’re a part of life. Without them, life wouldn’t be worth living.

Your songs give the feeling of intimacy: how do you work on your music? What the creative process looks like in your case?

I often start with a few lines, maybe a verse or a chorus. After that, I quickly connect music to the words, and if I’m lucky there will be a natural flow, and the melodies will form themselves by the sound of the words.

What are your biggest inspirations in making music?

I write about my own or other people’s experiences and give them a new life in music. When I write something down on paper and then sing it, it feels like I am setting it free. When it´s released it will flow out into the world and hopefully land where it’s needed.

On Good because Danish we often use the phrase “female power” and see plenty of female artists from Denmark making their way in the music world. How do you see the position of female artists on the Danish music scene?

There are many great female musicians and songwriters, but the music industry is still dominated by men. I think that men are more likely to just jump into music without caring what other people think, whereas women (from my point of view) may wait a little longer and tend to be more unsure about that what they have to say is relevant.

However, I think that there are a lot of good initiatives taken to bring more girls/women into the music. It is just not happening as quickly as you would wish for.

Today we host the release of your new single “Darling” on Good because Danish. What are your plans for the nearest future?

Hopefully, I’ll play a lot of concerts. The songs have been processed through both the writing and the recording process and they are ready to fly out into the world on their own.

Alongside the concerts, I am also writing new music and having small side projects together with other songwriters.

We asked about nearest future, and your goals for it. But what is your biggest dream connected to music in general?

If my songs make a difference, release something or touch feelings in people who listen to the music, I’ve achieved what I wanted.

FIRST HATE – A Prayer For The Unemployed