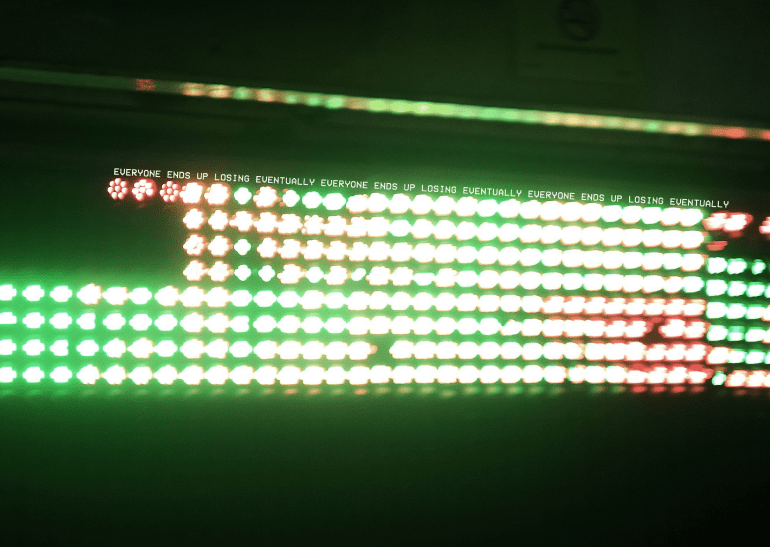 One of our beloved Danish duos – SHERPA – ends up 2019 with a bang which is their single “Everyone Ends up Losing Eventually”, released in November. The song is a great proposition for those of you who like progressive pop music and contradiction.

Lyrically, at the beginning “Everyone Ends up Losing Eventually” leaves the listener with no hope. There are no winners in the SHERPA world in this song. The helplessness is total and undoable. At least at the first listen. The more I hear Carsten Sherpa singing “Everyone Ends up Losing Eventually” like a mantra, the more it makes me think – maybe the whole point is that in the end, we are all equal? It’s not as depressive as the initial thought.

Carsten Sherpa says about the lyrics:

Musically, “Everyone Ends up Losing Eventually” creates a very vivid, very tense atmosphere. There is a kind of impatience even in the beat. The song sounds a bit like a darker, more disturbing version of a-ha music. Yet, as always, SHERPA managed to take what’s best from the past and add what’s best at their sound. The vibrant, powerful vocals of Carsten Sherpa are perfectly in sync with the characteristic vibe of the melody.

Along with the song, SHERPA released a one-take video session, which is as intriguing as the song itself. Don’t miss it!

We are looking forward to hearing more new music from the guys from SHERPA in 2020!

ABEKEJSER – Floating Through the Universe