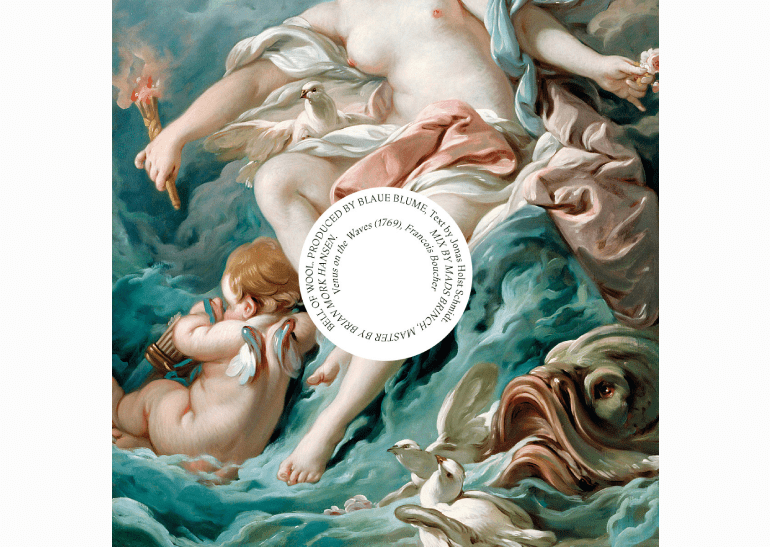 Blaue Blume is a very unique band. We are more than happy to see them back with a new album “Bell of Wool”, which emanates with so many emotions and shows such fragile beauty of sadness that it is almost impossible to listen to it without sharing a tear or two.

The band created this record before singer Jonas Smith slipped into a depressive episode. “A lot of the lyrics kind of draw these states of mind and situations that I actually found myself in, just months after I had written them” – he said. Luckily, Jonas was able to get through and the band pulled through and completed “Bell of Wool” to mark a new chapter of their musical adventure as Blaue Blume.

“Bell of Wool” is like a musical equivalent of a thousand tiny scars on a soul. You can almost touch the fragile notes that desperately whisper for a solution, some sort of stability and hope, at the same time trembling and fighting to not explode into million pieces. The musical layer of the album is somehow very human, very real and almost visible while listening. The lyrics are equally extraordinary in the sense that they uncover a true vulnerability and anxiety of a struggling person. That person could be any of us. There are moments when each of us – more or less strongly – experience doubts, sadness and anxiety. Jonas Smith’s lyrics capture this state with almost brutal realism, but at the same time show how the time of depression can be felt as dreaming an unfinished dream. It might not be a nightmare per se, but it takes away the energy and feels like it never ends.

As someone who often feels more fragile and more “touched” (or rather – smashed) by the worries, the feeling of not fitting-it, the lack of hope for positive change – I can relate to “Bell of Wool” lyrics and applaud the courage to share the very personal emotions connected to this inner sadness that hides inside us.

Blaue Blume always had this very special sound – a combination of vibrant and deep tunes that created an atmosphere of mystery, maybe a little bit of insecurity and astonishment. It is all still present on “Bell of Wool”, but this time all the noisy, rock and electro sounds are out and instead Blaue Blume makes a turn into more gentle, soft synth electronic compositions. They underline the lyrics and although more quiet and delicate, emanate with a special kind of power.

Even though the whole album’s vibe is leaning into darkness and helplessness,  I think that “Bell of Wool” ends with a tiny ray of sunshine. You can feel how music can be a shelter for a suffering person. The same as it was healing for Jonas and the band to make the record, I assure you it will be healing for you to listen to it. It is to me at least.