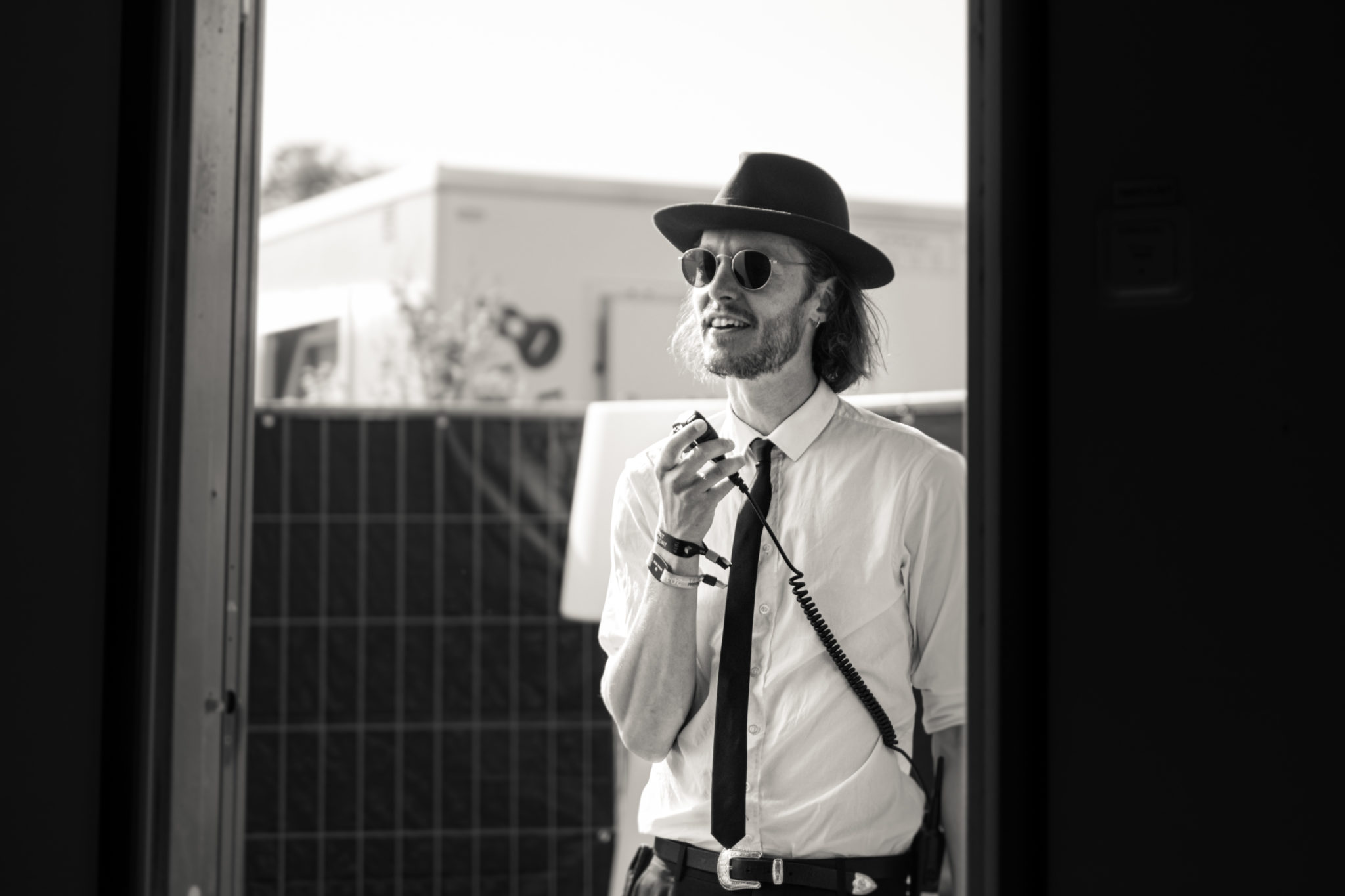 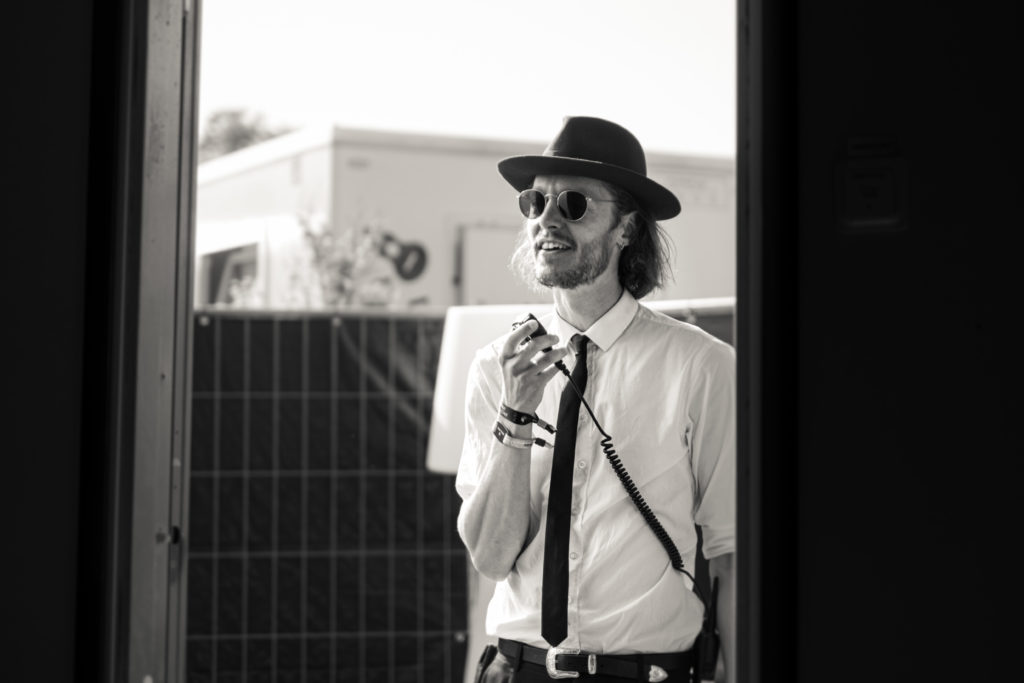 For most of us, a concert starts when the doors open and ends after the headliner’s encore. It is just a fun way to spend an evening. But what is it like for a tour manager, who sees a new version of the same show every night, for weeks? Is the job only about making sure that the band arrives at the venue in full force, plays a gig and leaves for the next city?

Søren Borkmann has travelled around the globe as a tour manager for MØ and is currently in the crew of The Minds of 99. He shares fragments of the world on the other side of the stage on his Instagram @tourmanagerthemindsof99 and always dresses in formalwear on duty. He even tunes into our Skype call wearing a perfectly ironed suit and tie. “Because I take my job seriously at all times,” Søren explains cheerfully before we dive into a conversation about his work as a tour manager.

There is a joke saying that those who work backstage in the music industry initially wanted to play in a band but it didn’t work out. What is your story of becoming a tour manager?

Several years ago I lived in an old squat house with many different people. One was Esben, the drummer of a band called The Eclectic Moniker. In summer 2012 he offered me to go to a festival with them as a driver, which I did, and everything just seemed so unprofessional. We had a good time, but I could see that the band needed help. I joined them for a few more festivals as a driver, and I would go ahead to the check-in office to say hello. At some point, Esben said to me, “what you are doing here, Søren, is what a tour manager does.” Later that day we decided that I was their tour manager.

A couple years later, the booking agent of The Minds of 99 invited me to tour with a new band. I didn’t know The Minds of 99 then. At their first show I attended as a tour manager I was asked to gather everyone. The booker and the manager said, “guess who is opening the Orange Stage at Roskilde Festival this year,” and everyone just lost their mind. Shortly after, the touring started. There was a break before a new album came out, and a booking agent once again called me. This time it was about going on tour with MØ. We spent 2 years travelling the world with her crew but, at some point, there were too many shows. I had to choose between that and my regular job. I had to choose between a steady life at home with my girlfriend and being on the road for the rest of my life. Eventually, I decided to stay at home for a year. In 2018, The Minds of 99 asked me if I would like to join them at the Orange Stage again. Then they asked if I would like to stay. So, here I am.

I did not start off wanting to play in a band. I got into the music industry because I am good at communicating and I like logistics. Drunkenly playing the guitar with my friends is fun but I never had ambitions to stand on a stage myself. I am happy doing my part as a tour manager.

What does your typical day on tour look like?

I am not responsible for planning a tour as such. It is already planned and scheduled when we go. For example, my day of The Minds of 99 Royal Arena show started at 12PM, when I would meet the band and drive them to the venue. Meanwhile, my two assistants and the production team had been there since 7AM. We would get in at 2PM and begin soundcheck, which lasted 2 hours. Many other things are tested during this time. Before doors, I have a meeting with the security crew where we discuss what to do if we must evacuate, and what the guards should be aware of. Sometimes VIPs arrive and I help them in. Of course, I have to make sure that the band is ready, then I bring them to the stage, and the concert starts. I stand at the side of the stage and remain in charge of the whole show. I talk with the crew via my in-ear monitor, and I can stop the concert if something goes wrong. Sometimes there is an afterparty, but I only go there after making sure that we are ready to exit. Some crew are still working after the show, but we have a short debriefing, share a beer, and I tell them my compliments. I speak with the head of the venue and tell them it was a good day. Next day there is a new show.

What is the most exciting part of your job, and what is most challenging?

When the band comes on stage, and they raise their hands in the first song, it gives me goosebumps to see people’s faces. It is so special to be a part of something that means so much to fans. Experiencing the energy of the crowd is the most exciting part, even when it has been a long, tough day.

The most challenging are the days when I have to make hard decisions. Sometimes a concert has to be cancelled. Of course, I can consult with the manager and booking agent, but, at the end of the day, the responsibility is on my shoulders.

Can you share with us a special memory from your time on tour?

One time The Minds of 99 played a 2AM set at Roskilde Festival. Such late shows are rare, so we had to change our clocks to trick ourselves into thinking it was not so late. We slept in until midday, had dinner at 11PM… It was the last concert at Roskilde that year, so once it ended, everyone just disappeared. We were backstage all by ourselves, and the people in charge told us, “now you have to go home”. It was such a special experience to rearrange our day, deliver that fantastic show, and then drive back home as a team in the sunrise. We thought about releasing some recordings from the set, but all footage has been lost. Now it all exists only in the memories of the audience and our crew. 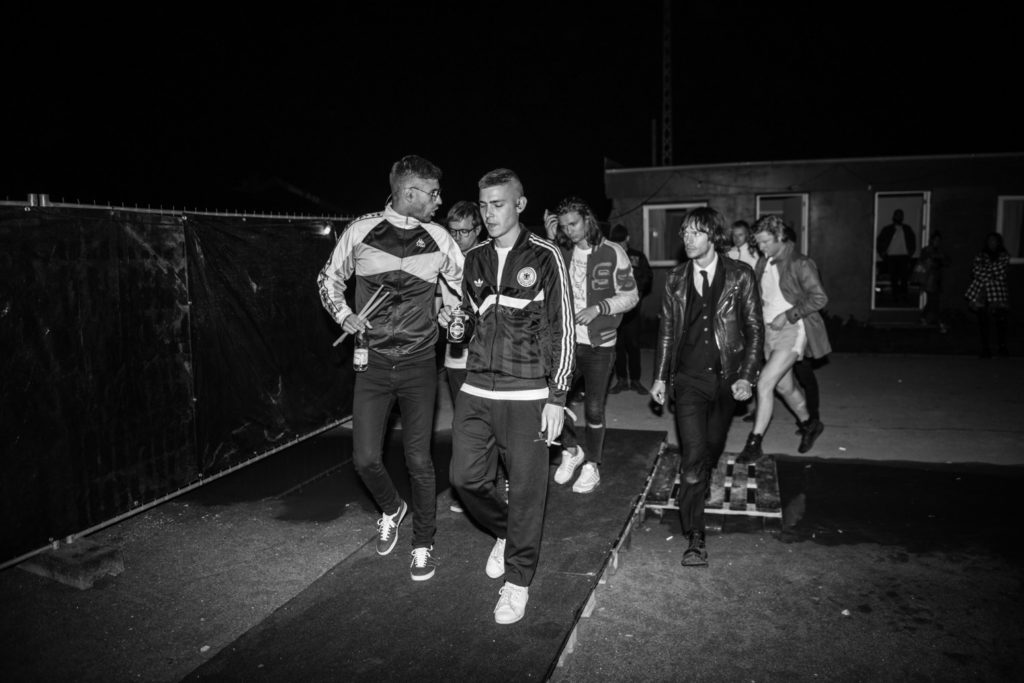 How did it make you feel to watch The Minds of 99 go from playing small venues to the Orange Stage, arenas and soon Parken?

The first time at the Orange Stage was totally crazy for everyone. There are guards standing everywhere backstage, and they tell you “welcome to the Orange Stage” every time you enter. That attitude felt entirely different from small venues. We were not sure what to expect the first time at Orange, but all the other times we knew it was going to be a 5 or 6-star concert.

Just like our production and venues gradually grew over time, our skills and experiences also expanded. It felt quite normal to take those steps. The band and crew are so professional and take it all so seriously, that when the time comes to go on a bigger stage, we are ready for it. I haven’t been to Parken before but I know that I have the best crew and the best band, and we are ready to take it as a team. It is the biggest place to play a concert in Denmark, and it will be unbelievable.
[GbD – The Minds of 99 are playing Telia Parken in Copenhagen on 12. September. Tickets are available here.]

What is the most important quality for a tour manager to have?

Situational awareness is the most important thing. If I meet a stage-hands who is a little tired, then I know I should spend 10 extra minutes to bring them a cup of coffee, even though it is not my job. I need to be aware of any needs the band may have, and if anything happens, I must be ready to handle it. As cliche as it sounds, it is the tour manager’s responsibility to be one step ahead. You make decisions before anyone else even thinks about those things, like booking a restaurant table before the band realise that they are hungry. In a way, a tour manager is like a mum of the band.

You can learn about project management, but it is vital to just be a person who can meet other people on eye level, be it a festival boss or a stage-hands. That makes me and The Minds of 99 close friends as well, we have each other’s backs. They know that if something happens, I am there. You develop a very personal relationship, and that is what I like about the job. I could easily do something else, have a less hectic schedule and earn much more, but being out there on tour with my friends is simply a fantastic feeling. 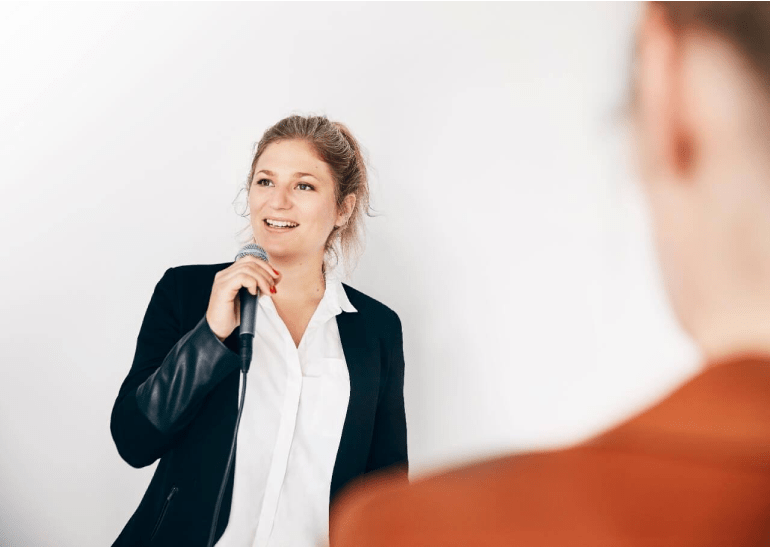 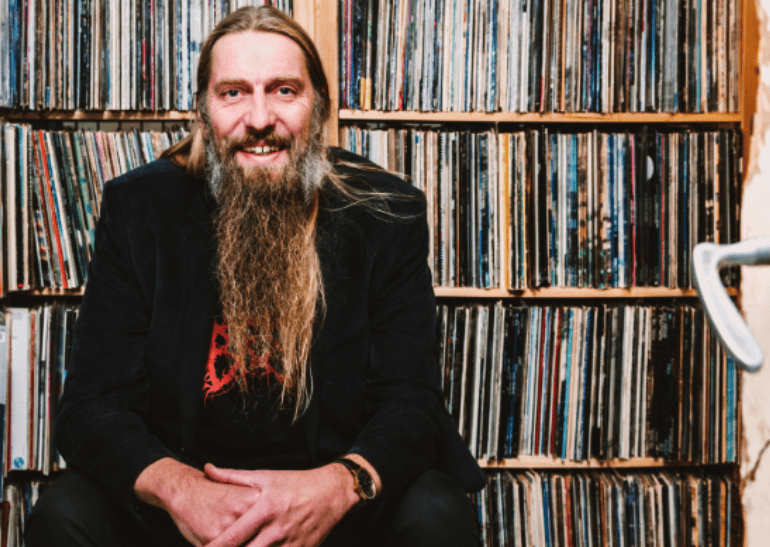