10 years of Good because Danish: ready for a new chapter 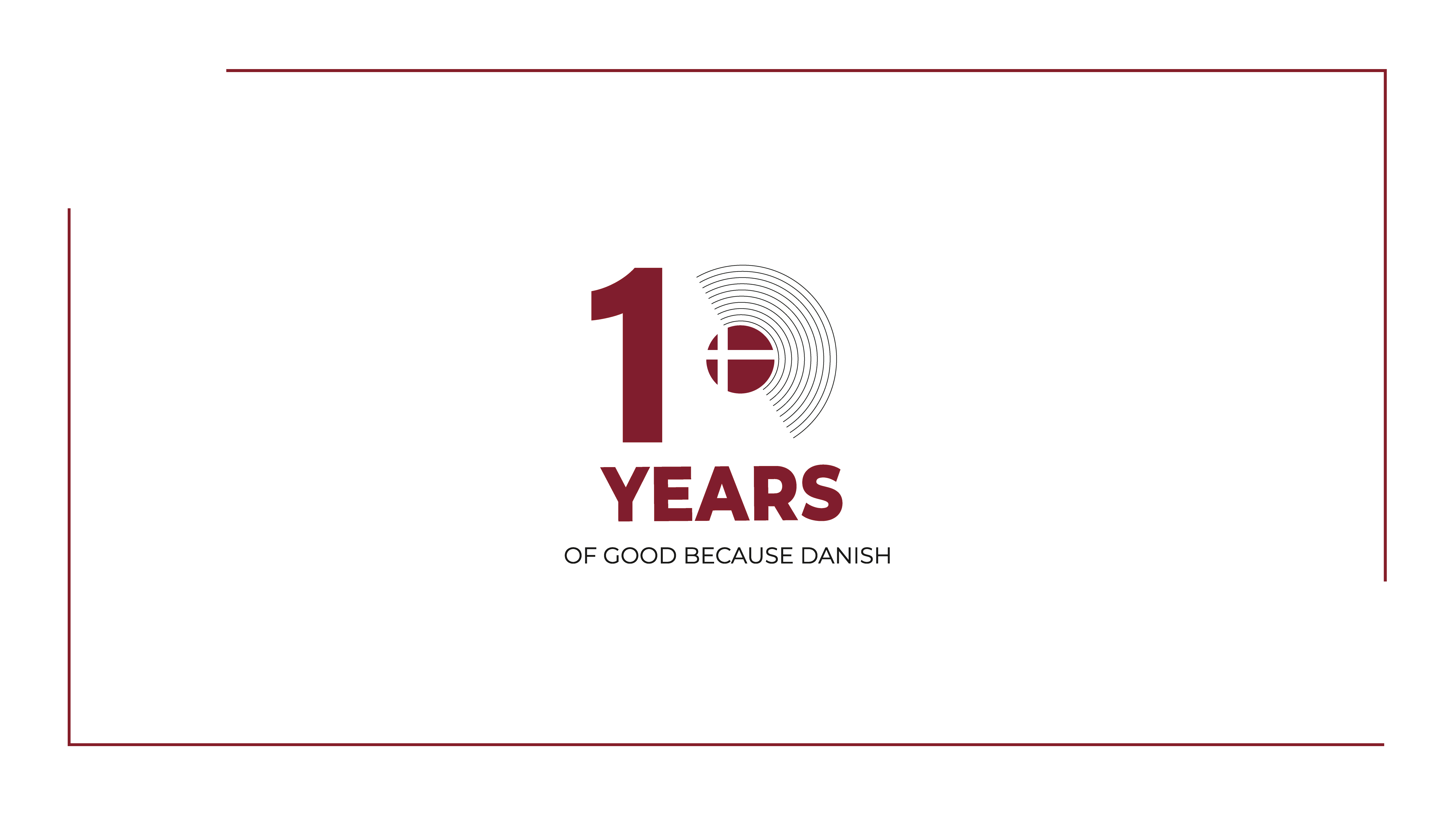 We are entering the second decade and starting a new chapter in the Good because Danish history with a smile and many ideas and plans. We start with an upgrade of the visual identity by changing our logo, which we present to you today. We will continue with the Good because Danish podcast, which we started at the end of 2020. Of course, we are looking forward to covering more live events, as soon as they resume. 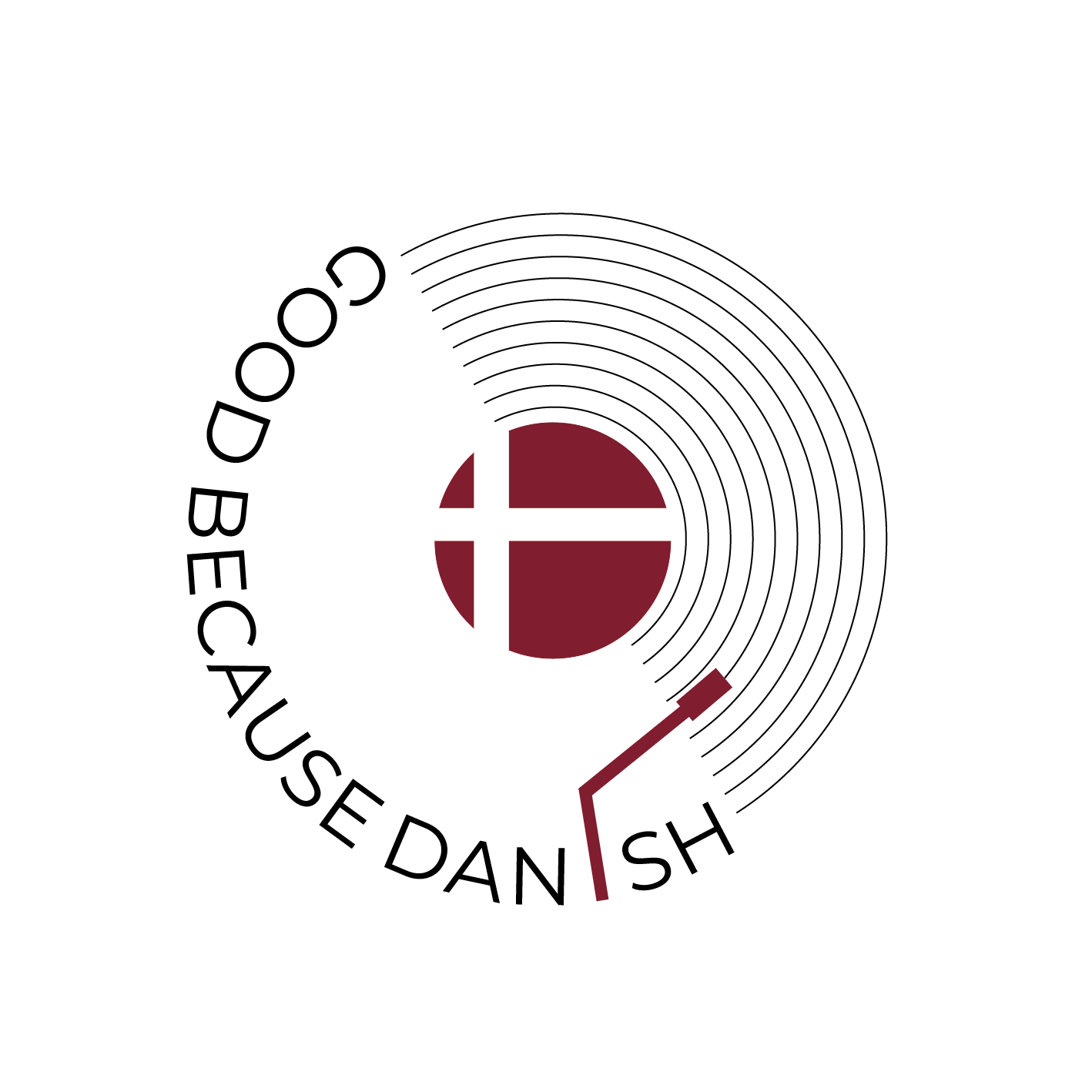 The past decade was eventful and interesting. We kept developing, learning and exploring, we kept making mistakes and learning from them, we went through overwhelming periods and discovered new energy and motivation. Today we look back and share the most memorable parts of the Good because Danish story in the eyes of its founder Arletta Przynoga.

Turboweekend – the godfathers of Good because Danish

It started in the summer of 2010 with Turboweekend’s single “Trouble Is”, which was on Polish radio. I was instantly mesmerised by Silas Bjerregaard’s vocals, the song and the band. I wanted to tell the Polish audience more about them through the university radio station where I worked and hosted a music show. So I contacted Turboweekend on Facebook and they were pleasantly surprised that their song got this popular in Poland. At the end of 2010, they came to play a show in our country and I interviewed them for the radio. We have kept in touch since then.

Through Turboweekend, I discovered other Danish bands, like When Saints Go Machine. The music scene in Denmark is quite small, which means that the same people are often involved in different projects, so you can get to know new artists like that.

One night in February 2011, I was sitting in my room and suddenly got the idea to start a blog about Danish music. The country has so many amazing musicians, and everything coming from Denmark is also very well-produced, so I just wanted to share it with the world. I went through with the idea straight away. The first-ever post was, of course, about Turboweekend and their “Trouble Is”. When Saints Go Machine, Efterklang, Alcoholic Faith Mission, Who Made Who, Fallulah and others followed.

At first, it was just me writing in Polish. At some point, some of the artists I was writing about started contacting me asking if I could translate my texts for them. Then I decided to post in English too.

From zero plans to ten years

I had zero plans for the blog at the beginning. It was literally me, sitting in front of a computer, thinking that nobody will ever see it but I will put it out there anyway. It was never a business product and there was never a model for growing or anything like that. Good because Danish started as and remains something driven purely by passion. I definitely didn’t expect it to develop into what it is now and get recognition. But it did, and I am really happy about that.

Two years into the blog’s existence, Jasmin from Germany joined, and Good because Danish became a duo. Our team grew further and, at some point, we had 12 people writing on a regular basis. Besides Poland and Germany, we have had colleagues from Hungary, Switzerland, Sweden, France, Russia, Moldova and even Mexico and Australia. Mostly, it’s people from outside Denmark who are passionate about Danish music. But recently, actual Danes joined the team too.

It is a bit overwhelming sometimes. Now it is not only me, it is a group of people. When you know that others depend on you, you have some deadlines, communication channels to maintain. It became a complex thing.

Good because Danish logo tattooed as a reminder not to quit

When I feel overwhelmed, I have a powerful reminder that I can’t stop. It is a tattoo of the Good because Danish logo. My friends were joking that I would never stick to blogging, so I got the logo tattooed and now I can show it to their face. Every time I think of quitting, I remind myself that I have it on my body forever, so I can’t quit.

The story of the old Good because Danish logo is quite funny. After running the blog for a while, I realised that it would be nice to have a logo and asked a designer friend to create it. She made a nice logo with a square, inside of which there were two vinyl disks with Danish flags in the middle of them. The blog’s name was written on the sides of the square.

The first time I went to SPOT Festival, I decided to take some cards with the logo and information about the blog. I sent the layout to the printers and picked them up on the day of departure. The cards were packed in a box, so I put them in my bag, not even checking if this was my order. Already on the road, I took them out and realised that one layer hadn’t been printed. There were just middle parts with Danish flags and the outline of the vinyls. There was nothing I could do about it, so I decided that this even looks interesting and more cryptic. The logo stayed like that all these years.

For our 10th birthday, we thought that it was time for a makeover of the logo and branding as a whole.

Anders Trentemøller aware of our existence, and other highlights

I have thought long and hard of the highlight of the Good because Danish 10-year story. It is impossible to choose just one.

A great memory was the Good because Danish showcase at SPOT Festival in Aarhus and at the Reeperbahn Festival in Hamburg. Those were off-program concerts presenting three artists: marstal:lidell, Ida Gard, and Ida Wenøe. Another highlight is the showcase with Ida Wenøe and SHERPA, which I organised at the Spring Break festival in Poznań, my hometown. It was awesome to see Good because Danish on the official program and bring those artists to play in Poland.

The fact that we have a team of people who do a lot of work voluntarily and are driven by passion is a continuous highlight in itself. It means a lot to us to get accreditations for concerts and festivals, interview artists and organisers, and be treated with respect even at events of the Roskilde Festival’s scale. For example, we interviewed Tommy Andersen, the program manager for the Rising stage.

A highlight is being able to talk to a lot of great, interesting, passionate people from the Danish music industry. It was amazing to interview Anders Trentemøller, who is maybe one step below God in electronic music for me, and hear that he knows about Good because Danish. Same with Carsten Holm, it was awesome to have a chat with him. Or this crazy interview with Lydmor, when I wrote the questions on myself, in the style of her music video where she had the lyrics painted on her body.

Every premiere and the fact that artists trust us to be the first ones to present their music is always special. All these things gather into one big, continuous highlight.

Today we raise our glasses for many more years of the great Danish music, and us being there to share it with you! We hope to continue sharing the best Danish music online for the next decade. You can help us with it, by supporting Good because Danish via PayPal or Patreon. It means a great deal to us that we have the support and we are honoured by every entrance to our pages.

Cheers,
Your Good because Danish team 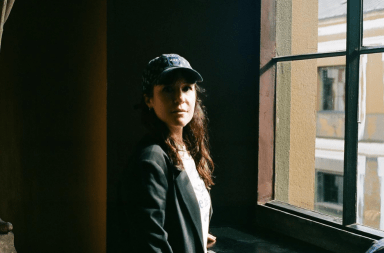 Anything but Eggheads: Purple Painted Statues deliver with their second EP