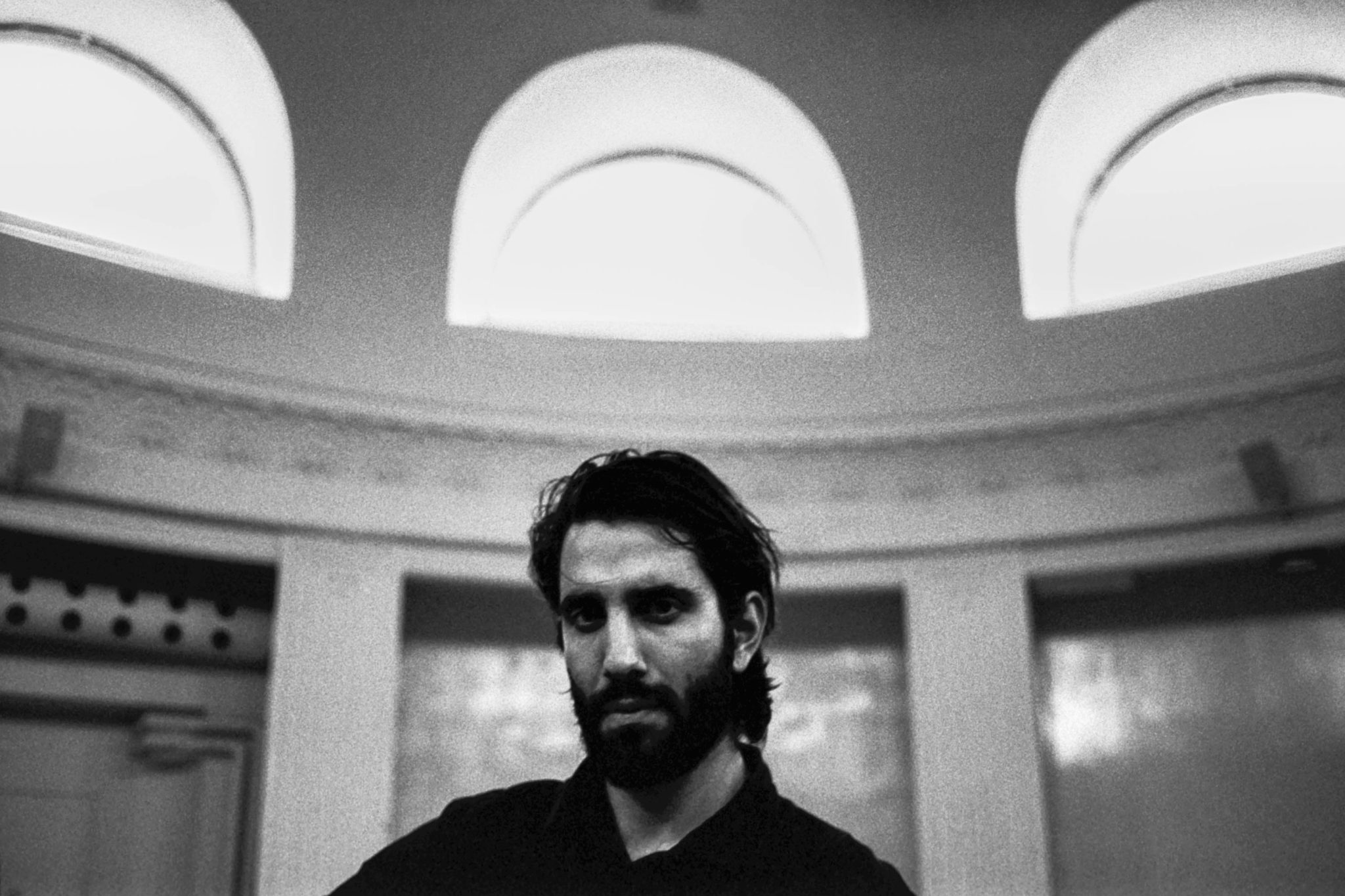 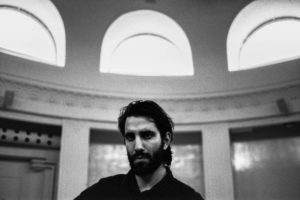 As a singer-songwriter of dusky-grave alternative folk, Murky Munroe (real name Mazdak Khosravi) balances emotional severity and melancholy in his debut EP “EVE“. Produced with Andreas Linnemann, “EVE” pulls us into a dark and smoky reality. Murky Munroe‘s style echoes the mature vocals and classical guitar of Leonard Cohen, the mystery and elegance of Édith Piaf, and the sinister harmonies of Billie Eilish.

Mazdak Khosravi is a Danish artist born in the southern suburbs of Aarhus to Iranian parents. Through his moniker, he pays tribute to the Persian folklore he grew up with as well as American Gothic fiction and music that became his inspiration later.

“I think all cultures have folklore creatures invented to scare kids into behaving well. Growing up, I kept hearing about this “Mah-rueh”, meaning “moon spirit” or “moon ghost” in Farsi. He would appear in the yard during full moon, sucking the souls out of naughty children. Because back then I already spoke Farsi with a thick Jutland accent, I kept pronouncing it “Muhnroeh”. Every time it was full moon, I was scared shitless by a slightest movement in our yard. A quick respelling of “Muhnroeh” with the prefix “Murky” made sense in terms of representing my soundscape and lyrical universe.” Mazdak tells Good Because Danish about the meaning of his moniker.

In the early stage of his musical journey, he was a member of a hard rock/metal circuit in Aarhus. Afterhours, he would listen to many Danish artists with a deep, expressive nerve. Mazdak recalls Kellermensch, Kira Skov, and Outlandish. He became fascinated by good storytellers who could provide a lyrical feast. All these experiences made him a great songwriter who treats the subject of love his own way.

“Between the attempts to sound like a mixture of Lemmy Kilmister and Glenn Danzig, I would write these bizarre little acoustic murder ballads. I think that was where it began to make more and more sense to sing in my own voice,” he says.

Listening to Murky Munroe’s debut EP, I felt like I was peeking into his diary. It is a wide-ranging land for interpretations. “EVE” is a piece of music for those listeners who like to be an insider. It opens with a scenario where the handcuffed and heartbroken narrator runs away from the source of a flood that rose in his heart somewhere in San Francisco. The ominous past follows him like a ghost. It stirs up near ponds, makes trees flank with ashes, and sets heaven ablaze upon his head. By the time he makes it to “Fresno“, California, the darkness had almost consumed him entirely. The poetry in Murky Munroe’s lyrics is beautifully haunting, as it ironically recalls the most horrific parts of the narrator’s life, the ones he wanted to forget. “Fresno” opens the debut as one of the most important and sentimental places that shaped his artistic self.

“I’ll Let You In” was released in April as the “EVE“‘ premiere single. Again, Mazdak explores one’s destructive and powerless connection with the past being “spray-painted on the wall“. The depth of the arrangement perfectly resonates with the narrator’s mixed emotions irrevocably changed by love. “I’ll Let You In” refers to a turbulent time in Khosravi’s life, when he felt humbled by his girlfriend who left him for no clear reason. He sings “I know you’re seeing someone now (…) Cause I’ve been dangling from the ceiling over his couch and honeybee none of them were you, (…) I thought you were on to something way more than this...”. But, regardless of all the heartache, he sings to its pain-maker “I’ll be sure to let you in“.

In contrast, the song “With The Snow” comes with a peaceful melodic arrangement like a little ray of elusive sunshine. The narrator seems to be a few steps ahead of self-redemption. Suddenly, the lyrics turn into some of the gloomiest on the EP, describing rotting fruits, swarms of locusts, and wasps under the eclipsed sun. However, Murky Munroe reminds us to not give up on ourselves in other people’s absence. One day, all self-destruction will be covered and extinguished “with the snow“. For that reason, he signs it out in the last verse – “better make myself a home now you’re gone“. 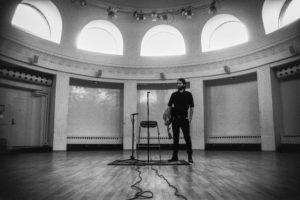 The last track “Wolves” starts with the rumours about the narrator’s wedding on the meadow grounds. Soon it becomes clear that such a wedding never happened. The narrator sings about all the miseries that arose in his imagination and heart. By now, he seems to have adapted to this world of doom. All surrounding nature joins him in his sombreness – “all kinds of creatures came to see (…) their return, you know the wolves – who used to go“. Under the accordion’s accompaniment, all of them partake in the funeral march for the would-be wedding. Over and over, he sends out the “wolves” to hunt for unfulfilled desires. The desires linking all the way back to “Fresno“. And just like that, we return to the first track, like a vicious loop, a dusky bond that unites the EP perfectly.

“Since I like to play out my stories around dusk, right when the dew settles in the grass, and the cicadas begin to sing, the title “EVE” is my way of paying homage to this divine hour. All of the songs on the EP evolve around some pretty dramatic events and disastrous incidents, either right before or after. In this sense, the title also refers to that ominous, unsettling calm when something or someone is missing, ” Mazdak explains when asked about the EP’s title.

Mazdak Khosravi’s music-writing skills and emotions he conveys are exceptional. I struggle to compare the poetry and lyrical value of his songs to anything else in Danish music. Andreas Linnemann’s production, mixing, and mastering perfectly complements Mazdak’s mature voice vibrating with deadly coldness. I recommend “EVE” as one of the most thoughtful and consistent pieces of music I have had the chance to hear and review this year.