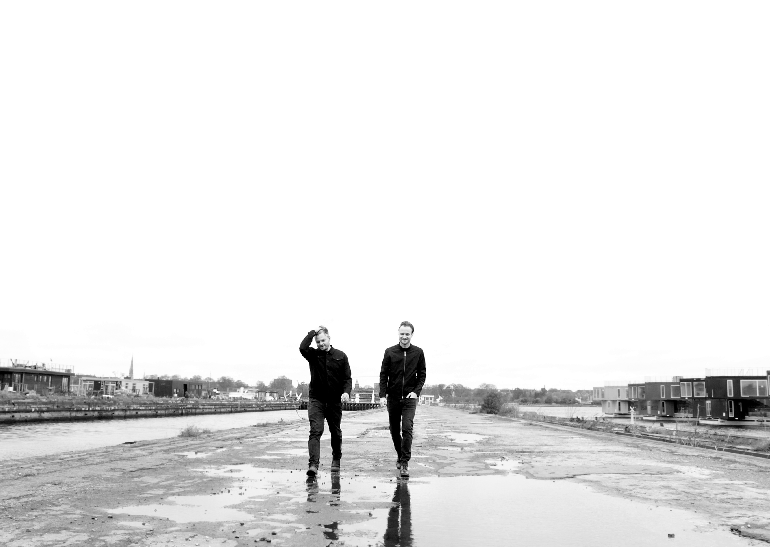 Life has changed for all of us during the last months. No matter what we do, work on, or dream about—nothing has stayed the same. For artists especially, this has caused an incredible need to rethink. How to get in touch with your audience? How to launch new music? And, most relevant, where to find new inspiration? We sat down with Select Captain for a chat to learn what these Corona times meant for them.

On 22. May Select Captain released the third chapter of your “Comes In Waves” EP series. Exciting! How does it feel for you to launch new music in times like these?

It’s always exciting to release new sounds and see what people think of it. I’m really looking forward to get it out, but it feels strange that we can’t back it up with concerts. It’s a bit of a strange feeling.

When did you first realise that this crisis is not a sci-fi thing out there, but it’s actually affecting you as an artist?

Almost from the very beginning, I think. At least from the first lockdowns here, when concerts started getting cancelled and postponed. It got real pretty fast.

How do you experience the current times influencing collaboration between artists?

I don’t really know if I experience it much different from what I’m used to. Søren and I usually work pretty close together, and have been doing that for the past few months. We probably work a bit more online now. I might have had a few more co-writes than usual, but other than that, it’s more or less as it usually is. We do our own thing most of the time.

When you think about playing live, how do you imagine it in the future?

It’s really difficult to say. I really, really hope we’ll be back to something close to normal sometime soon. Concerts is where music comes alive. I do enjoy recording new music in the studio, but it can’t compare with playing in front of an audience. I try not to think to much about it, though.

What are you missing the most right now as a musician?

Playing live, more than anything. But I really miss watching great concerts as a part of the audience, as well.

Do you already have an idea how Select Captain will tackle showcasing your music, as festivals or bigger concerts won’t be possible for a while?

Not really no, haha. It very much depends on how everything will turn out in these next few weeks. We have a few late summer and fall shows planned that I really hope are doable. We’ll be collecting the three EPs with some extra, on what will be the fourth Select Captain album at that point. It would be nice to be able to play a release show and tour a bit with the album.

Looking at all the different music livestreams out there, what do you think this will do with musicians and the experience of music?

Yes, livestreaming is certainly the new black these days. Personally, I think it’s a little bit over the top right now with so many concerts being streamed, though I completely understand the need for it. I’ve seen some very good ones and some pretty bad ones. If done well, it can definitely be charming. It can’t beat going to a real concert in any way. For musicians, it can be a difficult task to make a decent amount from it, as people are used to everything being for free online. I really, really don’t hope that it’s the future for live concert experiences.

Do you personally follow your fellow artists a lot online?

Yes, some I do. I tend to delve pretty deep into certain artists, if I really like their music. At the moment I’m really into SYML, Wye Oak, Jonathan Wilson and Love Supreme.

Closing this on a more positive note, what are three first music related things you want to do once this crisis is over?

I will buy a new guitar, get drunk at the first concert possible, and force my new songs on everyone, if they like it or not :-)

Streaming services: a blessing or a curse?