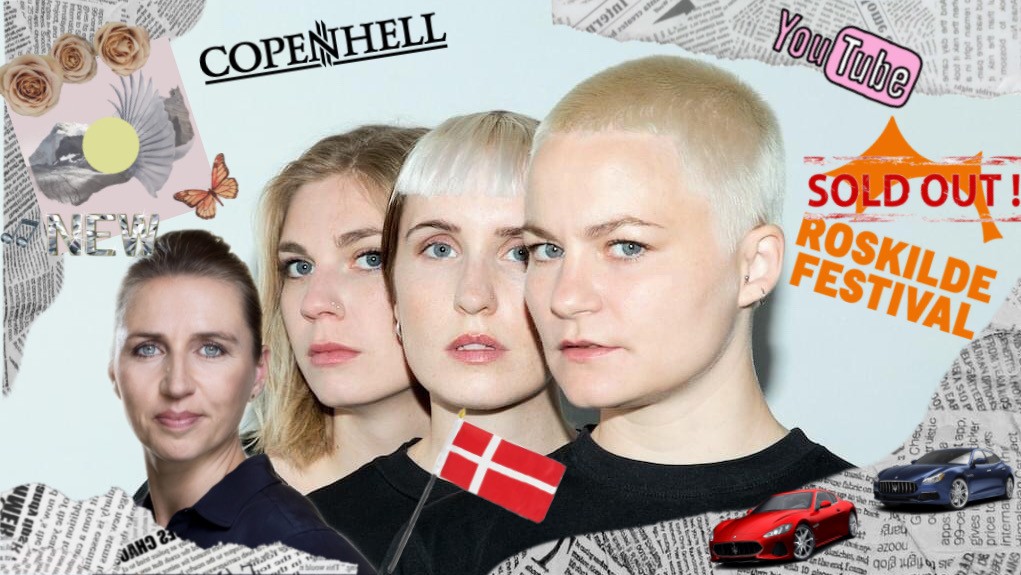 Even in corona-stricken times, the Danish music industry is vibrant as ever. Below is a short rundown of the most noteworthy events that took place on weeks 19 and 20 (1-17. May 2020) — both in Denmark and on Good Because Danish.

As Danish PM Mette Frederisken announced at a press briefing earlier this month, further reopening of public spaces will begin on 8. June. According to the new regulations, the number of people gathered in one place may go up to 30-50. Some cinemas, museums and theatres may resume work. However, music venues will have to wait, as their reopening is not expected before August 2020. The ban on gatherings of over 500 people is in place until 31. August.

Following the cancellation of the 2020 edition, Denmark’s biggest festival in Roskilde has sold out its 2021 full-festival tickets in record time. “We never dared to hope for this kind of support which has been immensely useful for us in our work to begin creating a festival in 2021 already now. A small batch (15 per cent) of the tickets for 2020 has been refunded and today they were sold in a few hours – meaning that there are now no full festival tickets left for 2021,” said RF’s press service in a statement.

No line-up announcements have been made yet. The next edition of Roskilde Festival will mark its 50th anniversary, and is currently scheduled for 26 June – 3 July 2021. Day tickets will go on sale in autumn.

On 7. May Danish rock festival Copenhell shared on Facebook that a fire broke out at their container storage unit, destroying some inventory. “Some of these containers held all the benches, signs, skulls and other installations that make COPENHELL unique. A large part of 10 years worth of work from employees, external partners and volunteers who have built up our festival through blood, sweat, toil and tears is a gone,” the post says. No one was injured in the fire.

However, the festival will still go ahead as planned on 16-19 June 2021. The first bands announced to play next year are Judas Priest, Jinjer, Agnostic Front, Northlane, Gatecreeper and Crypt Sermon.

Following the success of April’s drive-in concerts in Aarhus, more will take place in May and June. In Copenhagen, Aarhus, Odense, Aalborg, and Herning, fans can attend live shows as long as they stay inside their cars. Danish acts L.O.C, Onkel Reje, Malk de Koijn, Annika Aakjær, Claus Hempler and Teitur will perform, and tickets and dates are available here.

Brodie Sessions: Livestream Festival featuring 12 Danish acts has been taking place from 6 through 20 May. Iceage, Peter Sommer, Bisse, Selma Judith, First Hate, The Savage Rose, Gents, Goss, Bremer/McCoy and others have been playing free live-streamed sets on the festival’s YouTube channel. The videos of past concerts are available as well.

The Mountains release a new album

The Mountains released their third album “Before & After Hollywood” on 15. May. “It had a rough birth, but we’re so happy with it,” said the band. We’re happy to see new music being released amid coronavirus crisis, as we need it to get through this. The Mountains bring a mix of sophisticated pop and electro-driven songs to the table with “Before & After Hollywood”. The album balances on the borders of “cheesy” and “catchy” in a graceful way. It also brings the breath of fresh summer air, reminding us all that better days are coming and the sun will shine over our heads again.

The trio Nelson Can started a project to help fellow music-makers during the COVID-19 crisis. They made all the stems from their last album “So Long Desire” available for people to make a remix of one of the tracks. The remixes are gathered until 21. May and will be released on 19. June. Remix artists will get 50% in royalties and speed-payout of royalties for the rest of the year, so there will be payouts in both September and December. “The project comes from the idea that we would like to share everything we’ve got if other artists can use it to generate an income for themselves in these trying times – while also creating new music. It’s important to share with each other – if not money then ressources. We will take care of the administrative part of it with our label Alcopop Records and Wall Of Sound PR will handle PR, so the remixes will be promoted in both UK and Denmark,” said the band.

New on Good Because Danish

Interviews:
Cherry Blossom Kids – “allowing yourself to be vulnerable (…) can give way to unexpected exits and detours”
Nille Nyc – “PowerPainPillsPercussion” EP release

Reviews:
MATTIS – Can’t Get You Out Of My Head: two beautiful faces of one song
The Great Dictators – One Eye Opener: new album out now!
Murky Munroe – debut EP “EVE”