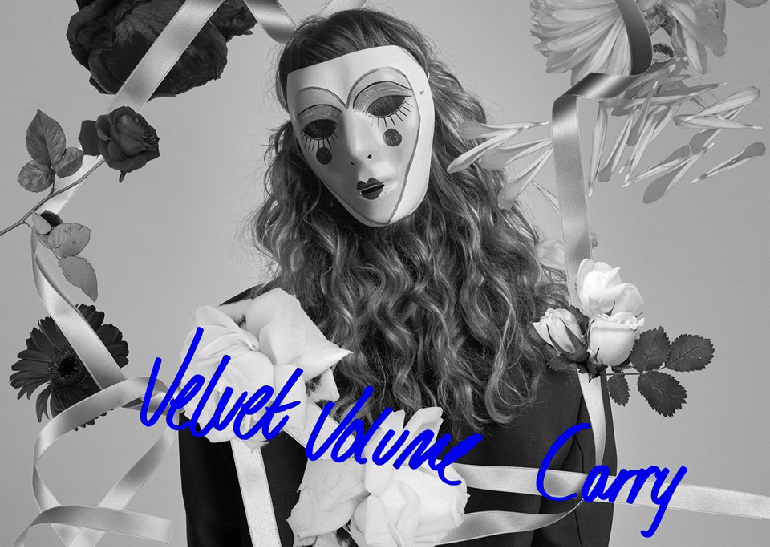 Have you ever been in this state? You wake up in the morning, and chaotic flashbacks of the night before evoke turbulent feelings of disorientation and guilt. Was it me? You turn off your inner voice and get out of bed. Nonchalantly, you go about your day “cleaning up” the traces of unsettling reminders. It is just a regular day. This feeling of denial, frustration and inner contradiction is explored in the new Velvet Volume’s single “Carry” released on 17. April.

Through the song and the music video, we discover a new romantic side of the band. Heartfelt musical arrangement and soft vocals replace Velvet Volume’s usually powerful and rampant expression. Nevertheless, the band are staying true to their character and remarkable combination of femininity and wild rock sound we love them for. The sister-trio are just showing us their other facet. The song permeates you and brings you back to the dispute with your inner demons we all “carry”. At the same time, the serene sound in a certain way counterbalances a heavy feeling that dominates the song.

“Carry is an extremely self-pitying song, written in a clanging state, on a close friend’s couch one dark winter Sunday. The song may have been written in guilt, after a long chaotic period, and we think that is why it was perfectly fitting to accompany the mood with a lighter musical expression that makes the song unpretentious,” say Velvet Volume.

“Carry” is a follow-up to the song “Lonely Rider” which came out in February. Velvet Volume’s second album “Ego’s Need” is expected to see the world on 29. May 2020 through the Mermaid Records label.

Velvet Volume are a trio from Aarhus consisting of sisters Noa, Naomi and Nataja Lachmi. Their debut album “Look Look Look!” came out in 2017.