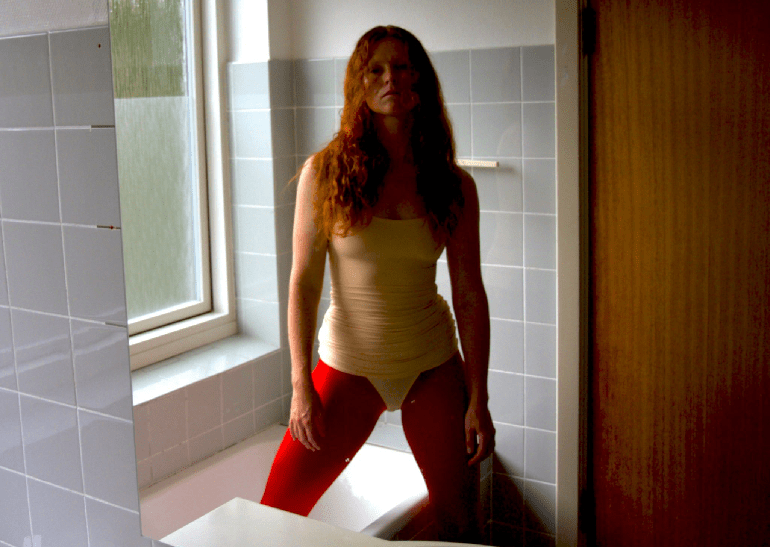 LHUMA has dropped the music video for her second single “Resume You” from the four-track EP “Liminal Skin” released in October 2019, and we are happy to premiere it for you today! The “Resume You” single was co-produced with Danish music producer Aske Bode. The second compilation of Lhuma’s work (after “She Knight Rise” from 2015) consists of vibrant and intelligent experimental pop songs, which again show the strength of LHUMA’s self-awareness.

The name behind LHUMA is Marie-Louise Grund Petersen – a true inspiration as a songwriter. She has a remarkable set of skills enabling her to compose, arrange and record her songs. LHUMA’s voice is like silk, which makes you come back to her songs every day.

I used to listen to her old songs a lot and never got over “Need”. Her previous single “Run” is still one of my favourite Danish songs. “Resume You” is a nice conceptual pop song with a subtle arrangement, delivered with gloomy samples and effects.

LHUMA shares a short message about the single:

“It is a song about losing oneself, floating helplessly around in a deep longing for someone to witness, remember and define one’s truth. It is a story about you and me, searching for our selves in a world of truthtellers and smooth surfaces. Realising that no one can define our own story and truth, but our own hearts”.

We are proud to premiere the music video for “Resume You”, which was the first one fully directed, edited and assembled by Marie-Louise herself. It is an avant-garde picture radiating through shady and surreal frames. The video reminds a constant battle in one’s mind – a process of recovery after a pause or interruption.

“It has been a super intense journey to create this music video. But I am very happy and satisfied with the result, which I find a little Lynch-ish weird and mysterious at the same time…just as I perceive the music,” LHUMA commented on her self-produced video.

LHUMA is currently on her way to release a second full-scale album sometime in 2021. We will make sure to stay updated with her work.