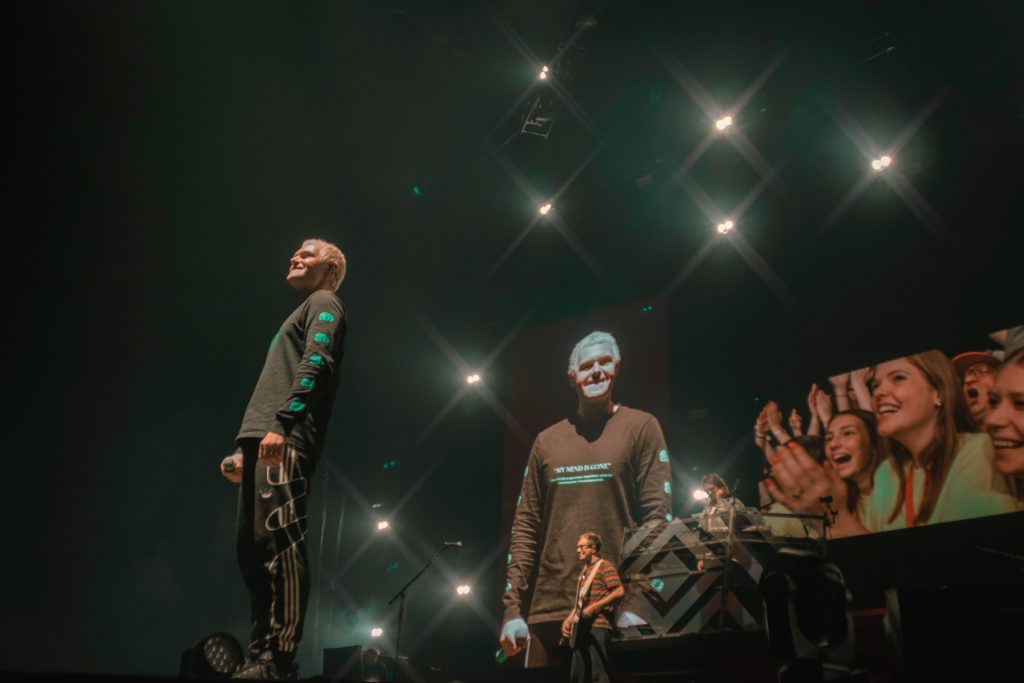 Back in the good old days when concerts still existed, we were so lucky to see The Minds of 99 live at the sold-out Royal Arena. It was a phenomenal show with a lot of highlights, but one bit that stood out the most was a brand new, unfamiliar song. There was undeniable tension and confusion in the multi-thousand crowd when the band began to play the funky “Big City, Bright Lights”, but it quickly eased into an ecstatic karaoke-party.

“Big City, Bright Lights” is the third release from The Minds of 99’s “Infinity Action” collection. Just like the previous two – “1,2,3,4” and “Som Fluer” – it has synthetic overtones, a nod to the electronic direction the band seems to be heading in. However, it also brings back memories of the earlier Minds’ style from the 2015 album “Liber”. Perhaps, the tug of familiarity could be attributed to the fact that “Big City, Bright Lights” was in the making for 10 years.

“It started in LA in 2010 […]” shares vocalist Niels Brandt in his Instagram post. “Late at night, the chorus emerged around the table at a bar, and then we sang it on the streets and alleys as the sun rose. Since then, and later also the band, I couldn’t get it out of my head.”

As the COVID-19 pandemic continues to ravage creative industries, a lot of artists hesitate and postpone releasing new music. The Minds of 99 had their doubts, too. “Throughout last week there was heated discussion about whether it was the right time, so we didn’t release the song last Friday,” admits the band. “But now we are getting so bored that something has to happen. We just wander around at home like everyone else and need to come out with some energy so it feels good now.”

If only every day of the quarantine started with a catchy, upbeat and energetic song release like this one… It certainly would have been much more fun! Check out “Big City, Bright Lights” with its Minecraft-ish music video, and get excited to sing along at The Minds of 99‘ only concert in 2020 – on 12. September at Parken.