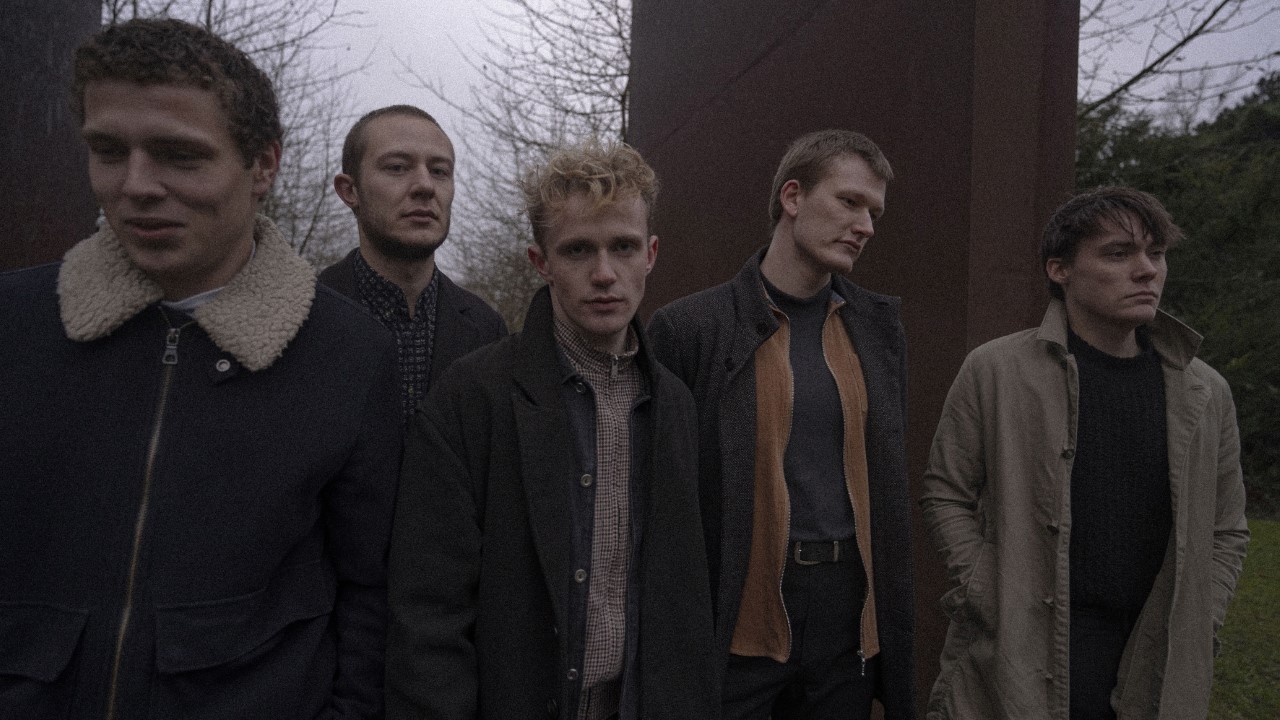 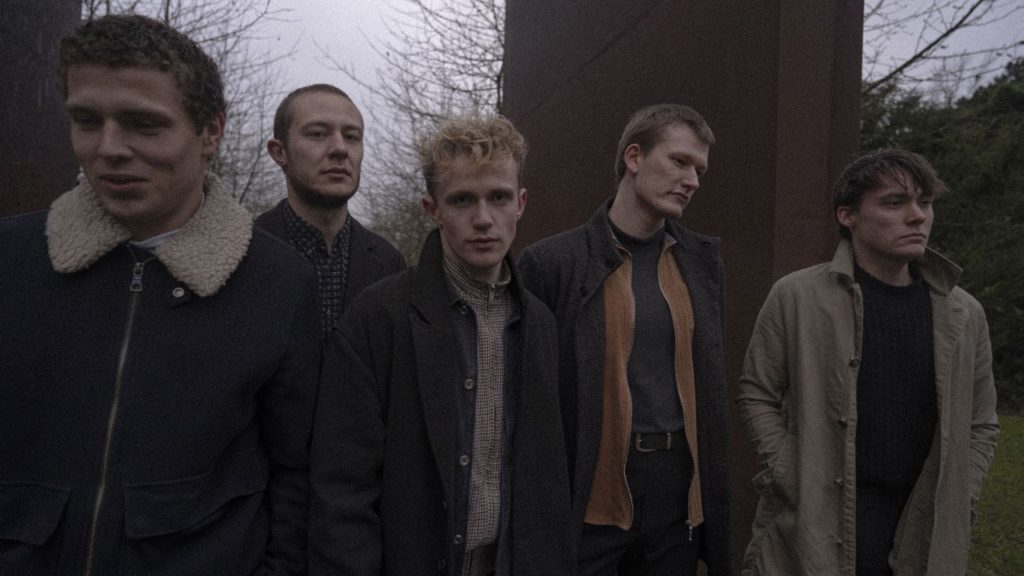 The gloomy winter days are over, spring is here and this means there is a lot of new music out and our streams are constantly on, listening to new exciting tracks. Happy times! One band that especially stuck in our ears lately is the dream rock-band To Absent Friends. After they debuted in 2017 it has been a bit silent around them, but now they are more than back with their new single “Take it or leave it”. We enjoyed a little chat with them about their new song and their plans for the next months. Enjoy the read.

Good because Danish: Your new single “Take it or leave it” has just come out. The lyrics circle around “that one look that has thrown you into the arms of a stranger”. Would you share the story behind the song with us?

To Absent Friends: Our forthcoming album “Smoke & Mirrors” is a conceptual album where each track can be seen as chapters of a coherent storyline. Our new single “Take it or leave it” is the track that sparks off this journey. As you say, the lyrics circle around that one look and the song is really about that moment when you stumble into a stranger and find yourself intensely fascinated by this seemingly enigmatic person. About how the attraction to this other person makes you forget all logic and common sense. On one hand beautiful but at the same time strangely disturbing. The song is also a depiction of a foggy, confused and searching mind. There is more between the lines if one should want to dive deeper into the lyrics.

The song is part of your debut album “Smoke & Mirrors” that will come out in two parts. How come you decided to split it up?

Making a double-sided album was the intention right from the beginning. The first part, “SMOKE”, is about escapism and letting oneself obsess over something or someone to fill that void inside. The songs on that part are a bit more laid back and they have this sort of heavy-hearted feel to them. The second part, “MIRRORS” is about realizing how unhealthy this obsession has become. It is about being true to oneself and trying to escape the obsession, almost like escaping addiction. The songs on the second part are a bit more up-tempo and have a different feel and vibe to them, compared to the songs on the first part. So, for us, it was a no-brainer to split the album up into two parts.

There has been a long break between your first track (2017) and the album – how did this influence the songs of the new album?

Back when we released our first single “If Tomorrow Dies”, we started as a duo. When we wrote the song, we were both feeling rather unsettled in some way. We had just finished high school and the reality and responsibilities of adulthood were sorts of banging on our doors. It can be feeling a little overwhelming when you’re at the age of 20. I mean, look at the world we were born into. What a responsibility that lies upon the shoulders of the younger generations. We wanted the song to reflect that feeling of being overwhelmed and the fear about what lies ahead in a not so certain future. We wanted the song to be a profound and poignant insight to a young mind in despair, and that resonated somehow. Shortly after we released the single, we decided to make a full-length album, but we wanted it to be somewhat of a coherent story instead of just a collection of songs, randomly put together. We’ve spent a vast amount of time on writing and creating and didn’t want to rush the process. The album has been carefully stringed together and it sure has been a puzzling process. In many ways, I feel that we have developed with the material, both as musicians but also as individuals. Patience has been key, and making a conceptual album is more or less a transparent middle finger to zap-culture and lack of patience in our society.

You started as a duo, now you are a five pieced band – how has this affected your way of making music?

The new album marks a change in both style and genre for To Absent Friends and becoming a quintet has definitely shaped all aspects of the creative process and the sound of To Absent Friends too. It’s been a huge boost to us as a band, and the material has flourished. The songs from the upcoming album have a far more energetic, organic and “live”-feel to them compared to the first piece we released. We are excited about sharing it all. In regards to making new music, the process has changed from two people creating compositions while afterwards building song structures with the rest of the band to an exciting challenge of letting all five voices be heard and letting a cohesive expression flow from the fresh roots that have grown into the band.

Being based in Copenhagen – how do you feel the music scene has evolved there since your debut?

The music scene in Copenhagen is really interesting because it says a lot about the culture, trends and the way of life in the city. In general, the music scene in Denmark is really at a high level with loads of talented musicians emerging all the time. The competition is fierce but healthy as it evolves into new interesting sounds that the small audience of our tiny country can choose from. There has definitely been a boom of electronic music over recent years, and this has affected the way we think about and listen to music a great deal. We wanna show off the raw aesthetics that are captured in acoustic instruments and play our songs with a different feel every time based on our moods. These moods are heavily influenced by the vibe of the city and by all the other bands that we hear out and about.

You are on stage at this year’s Spot Festival. Exciting! Do you have a special feeling connected to the festival?

We played SPOT-festival last year as part of the Pipeline Collective-lineup as well. We enjoyed that. The festival is so unique in many ways, and the whole feel and the vibe at SPOT, as well as the buzzing atmosphere, is just inspiring and amazing. We are so excited about this one and of course coming back to beautiful Aarhus.

Talking about being on stage – what is it that you love most about live gigs and is there anything that still makes you nervous?

What we love most about playing live gigs and being on stage, is that you get to meet people and address them in a way that you normally wouldn’t do. It’s all about communication when you exchange energies, thoughts, feelings, and experiences with other people. We want to communicate; we want to connect, and we get the utmost kick every time it happens.

About nervousness, I think we all get a bit of that right before we play, but we have experienced that nervousness can be a good thing in many ways – as long as it’s not ruining the experience of playing music. Personally, I like being a bit nervous before getting on stage, because it keeps me focused and it keeps my mind clear.

Next to Denmark – are you also planning on gigs in other countries?

We haven’t planned anything in particular yet, but we are currently working on that. Playing other places in Europe, especially in the UK, is definitely both a dream and ambition. However, that could become slightly more complicated in the nearer future because of all the things going on over there, but it’s still something that we are keen on doing! Patience has been key, and making a conceptual album is more or less a transparent middle finger to the zap-culture and the lack of patience.