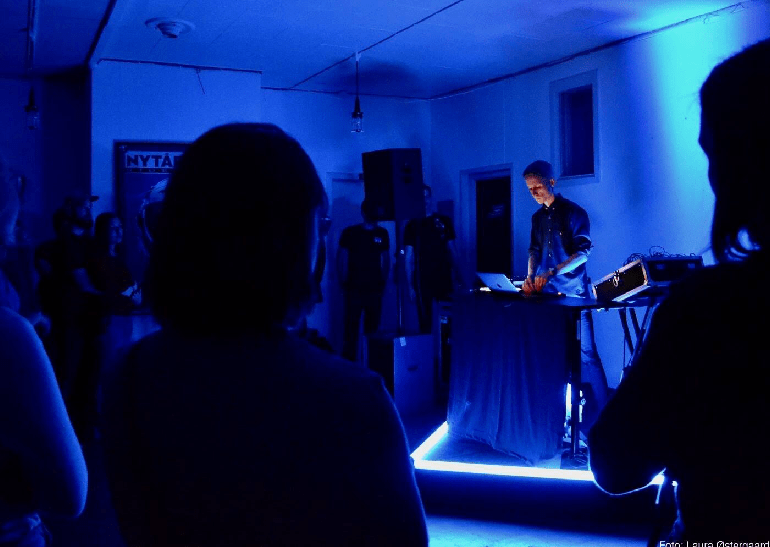 May I introduce to you – Marsmachine (aka Marcus Gyldenløve Kyed) from Aarhus, a 22-year-old producer and electronic artist. His track “Humanecho” was released on 17. January 2020 and – in short – it’s summoning.

Starting quietly, quickly crescendoing in volume – as in both loudness and elaboration of instrumentation. A dark but not heavy drum beat carries “Humanecho” and a distinctive synth pattern that’s recurring throughout the whole song. Samples appear here and there. Now and again more synths start humming in the background.

“‘Humanecho’ is a track created by the interaction between a human being and a computer. The acoustic drums processed by a digital system, the computer-generated sounds fighting the organic sounds. In short, this is a fusion of two wildly different worlds having an enormous impact on each other.” – says Marcus about the song.

Marcus himself admits to being inspired by Trentemøller, and you can hear it. Resembling mostly his “The Last Resort” sound, “Humanecho” by Marsmachine opens up a grey, spacious, foggy world, still keeping it soft and gentle. The atmosphere never becomes aggressive or too demanding. It’s cinematic, almost ethereal. “Humanecho” sounds like an artsy winter movie that doesn’t need many words to bring its message across. In a very interesting way, this composition is melancholic, nostalgic, but not sad.

If you listen to his other productions, you’ll see that Marcus also uses piano sounds in his songs, combining it with electronic elements as well as minimalistic vocal samples and draws incredibly soothing, peaceful moods.

This is someone to definitely keep your eyes on. Marsmachine already produces a quite refined, touching sound, he deserves to be huge some day. We can only hope for more to come.