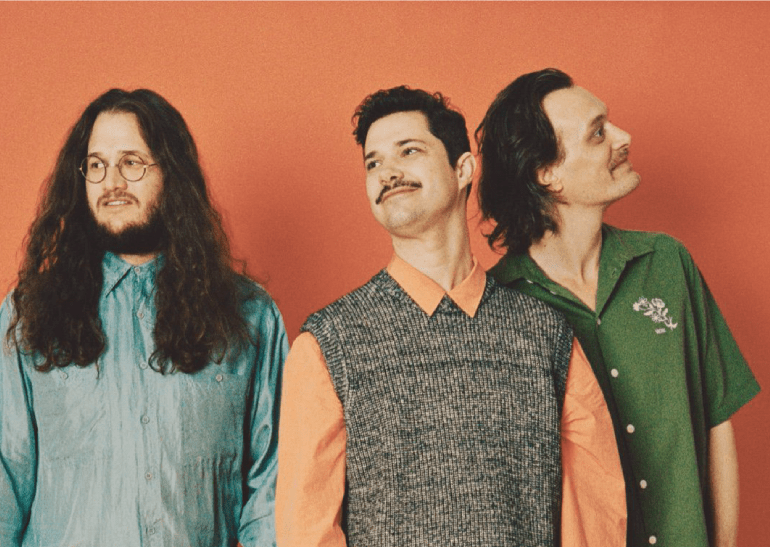 Efterklang has always been the band that we went to for magic. Their latest album “Altid Sammen” (first one in their career entirely sang in their native Danish language) is a pure definition of “Danishness” – gentle, touching, thought-provoking, yet also cosy, comfy and truly beautiful in an organic, natural way.

We were waiting quite some time for “Altid Sammen” to be released and the band to be back on the road with concerts, happily – Efterklang pleased their fans with a lot of shows end of 2019, performing with a very intriguing live ensemble and playing memorable concerts (like the one at Elbphilharmonie in Hamburg at Reeperbahn Festival).

It’s only the beginning of 2020, but Efterklang is already quite busy, as they will start the second leg of the tour on the 31. January. Before that happens, we managed to have a little chat with Rasmus Stolberg from Efterklang, asking about “Alitd Sammen”, the band’s concert dreams and plans for 2020.

Good because Danish: “Altid Sammen” launched after seven years of silence. Has it been especially emotional for you to come up with this album? It’s also your first one with lyrics exclusively in Danish, how did the record come together?

Rasmus Stolberg: At first it just felt right and natural. Later on, when we presented the whole album live in the Elbphilharmonie it also got emotional. It feels really good to be back in full form with Efterklang.

It has been 7 years of studio album silence, but this period has not felt silent to us. We released an opera (Leaves, the colour of falling) in 2016 and also two albums with our other band Liima (‘ii’ in 2016 and ‘1982′ in 2017). It has been a period full of changes and experiments and that is also how we started writing songs in Danish. It was an experiment. We were asked to write songs for a special Efterklang concert ft. the Belgium baroque ensemble B.O.X and Casper suggested that perhaps he could try writing lyrics in Danish for this project. We thought it was a stand-alone project, but as the first songs appeared we instantly felt attracted to the language change and the new compositions. We felt that perhaps this could lead to something bigger. Quite soon the idea of making a new Efterklang album appeared and it was never debated whether it should be in Danish or not. It just happened organically.

On this album, you experiment a lot with baroque instruments. What makes them so special for you?

We have a strong curiosity for sounds and for finding new sounds. It was very exciting to suddenly have this whole new world of instruments to experiment with. Via our aforementioned collaboration with B.O.X, we got introduced to the viola da gamba, the harpsichord, the baroque harp, the cornetto and the theorbo and they each have added a special colour to the album. A delicate sound that also is very expressive. The baroque cornetto especially was a great discovery. Such a beautiful sound!

Playing Hamburg’s Elbphilharmonie is a dream for many artists. You played there in September. You also performed in a lot of other amazing places over the years. Do you have any truly special place you played at or any more dreams of where you’d want to play?

We have been fortunate to play so many amazing places like the Sydney Opera House and the Royal Albert Hall in London. The Elbphilharmonie was also a great experience for sure! It always feels great and special to play in the big concert houses and halls, but I don’t have a specific dream venue in mind. My dream is that I can continue to play and that we can continue to grow our audience and see new places in the world. I would love to be able to play more concerts in Japan and South America for example.

Next to “Altid Sammen”, you delighted us with your new EP “Lyset”. The title song talks about the “light” and the emotions that come with it. How did you come up with this topic?

It’s Casper’s lyrics I’m not sure what led him to write it. I like the song a lot and I’m not sure I understand the lyrics, but it reminds me of how great life can be or that feeling you can have when things are bright and light and it also makes me a bit nostalgic.

You have collaborated with amazing filmmakers in the past. Who would you like to work with in the future and why?

Good question. Werner Herzog has always been a shared favourite, but I feel it’s been a long time since Mads, Casper and I have watched a movie together or talked about new films. We should do that :-) I recently watched a Danish film called Onkel and I immediately felt that it would be very interesting to work with that director if the opportunity should arise. It really touched me that movie. It takes place not far from where all grew up and it’s about whether you should stay and help your family or perhaps move to the bigger city and pursue your own dreams. I highly recommend it.

Speaking about the future: you’ll be going on another leg of the “Altid Sammen” tour soon, what are the plans for Efterklang in 2020 apart of the upcoming concerts?

We are quite keen to start writing new songs. I’m hoping that we can find time and inspiration for that during 2020.

We also have a special event in a castle in Denmark that we look forward to announcing soon.