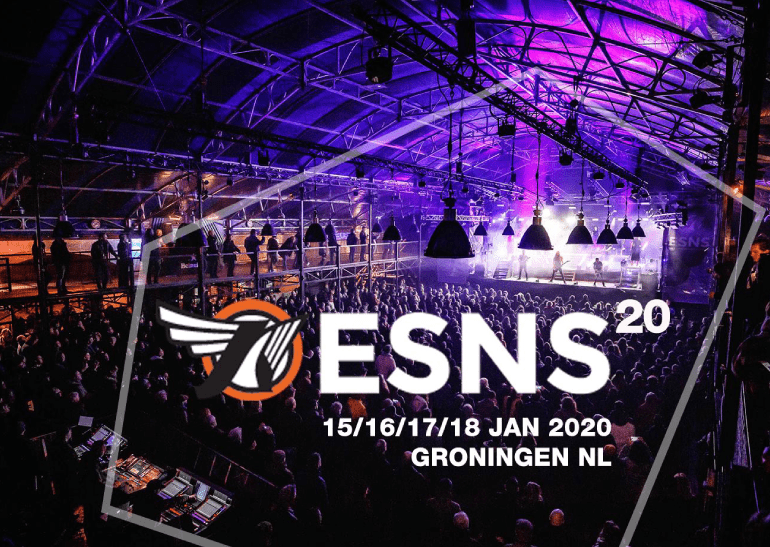 Eurosonic Noorderslag (or ESNS), an annual showcase festival happening in Groningen, Netherlands, is a great way to start a new year by discovering fresh music that can go big in the future. This well-established event was always very welcoming to Danish artists and it’s no different this year. But what if you can’t make it to Groningen? No worries – we have got your back! Let’s be there in spirit through our Spotify playlist featuring the following eight exciting bands of different genres, which will represent Denmark at ESNS 2020.

Hailing from Aarhus, Alexander Oscar has gained his international fanbase with songs like “Number” and “Complicated”. On his debut album “Highs & Lows” the singer created his own majestic universe of smooth and catchy pop songs that are so easy to get lost in.

This instrumental trio is also from Aarhus – what can we say, the city keeps putting Copenhagen to the test with its music scene! Fueled by hip hop and jazz influences, Athletic Progression makes an unforgettable show.

The attendees of ESNS can actually experience it twice: the band are playing on the 16. January at 17:50 at Plato Record Shop, and then at 23:00 at AA-Theater.

The experimental pop duo turned solo will surely make you lose all sleepiness if you make it to News Cafe at 00:55 on 16. January. Pernille Smith-Sivertsen makes music that lets all your senses go wild and your dancing shoes reclaim the dancefloor.

Do not miss it!

Vibrant post-punk is an absolute treasure in the sea of pop! Boundaries write music that has a heartbeat – every song is the musical transcript of a bittersweet feeling of being alive. At least, that was our impression of their self-titled EP.

Head down to All Round Poolcentrum at 20:45 on 17. January to make your own judgement!

Good Because Danish hasn’t been covering the heavy scene in a lot of depth. Perhaps, we should. It is certainly heartwarming to see events like ESNS keeping their lineup truly diverse instead of booking only generic radio-friendly acts. Turns out, Cabal is “one of the most brutal and promising heavy acts hailing from Copenhagen who create a raw, doom-laden atmosphere through their music and visual expression.”

Chances are, if you are an artist frequently changing landscapes, it will leave a beautiful mark on your art. Erika de Casier grew up in Portugal and the USA then moved to Denmark. On her debut album “Essentials” she welcomes you into her world, full of the 90s R&B vibes, soul, electronic pop and bossa nova.

The band’s name may mean “lifeless” but their music certainly is not! Hard-hitting melodic death metal with a mix of razor-sharp riffing and melancholic melodies is guaranteed to keep you up at 01:15 should you find yourself at Mutua Fides on 16. January.

Oh, and they are also from Aarhus… of course they are.

Are you going through it and could use a gentle soundtrack? Look no further. Nicklas Sahl‘s music has been described as emotional, almost illegally catchy pop pieces for the head and the heart. We are already sold!