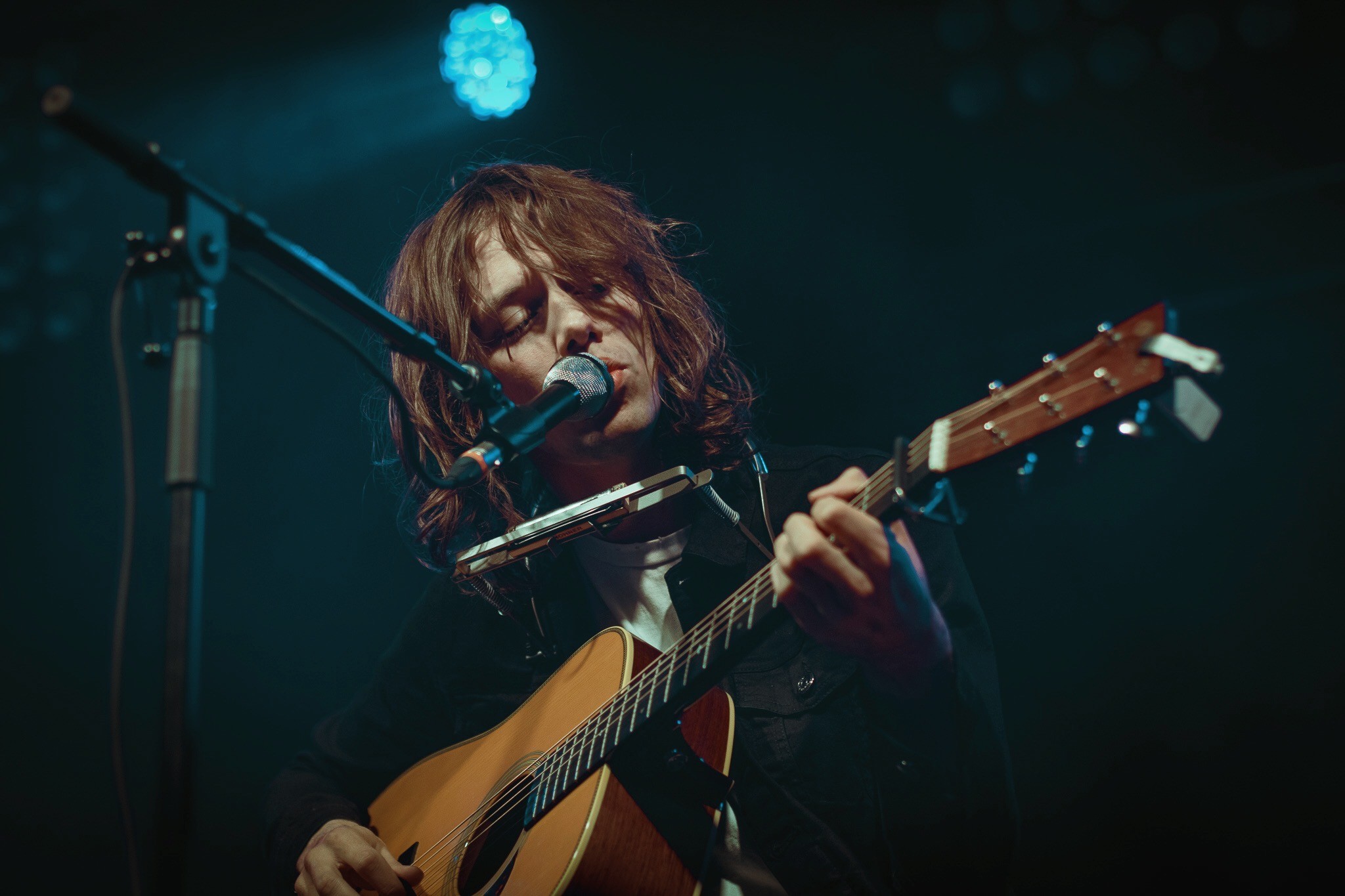 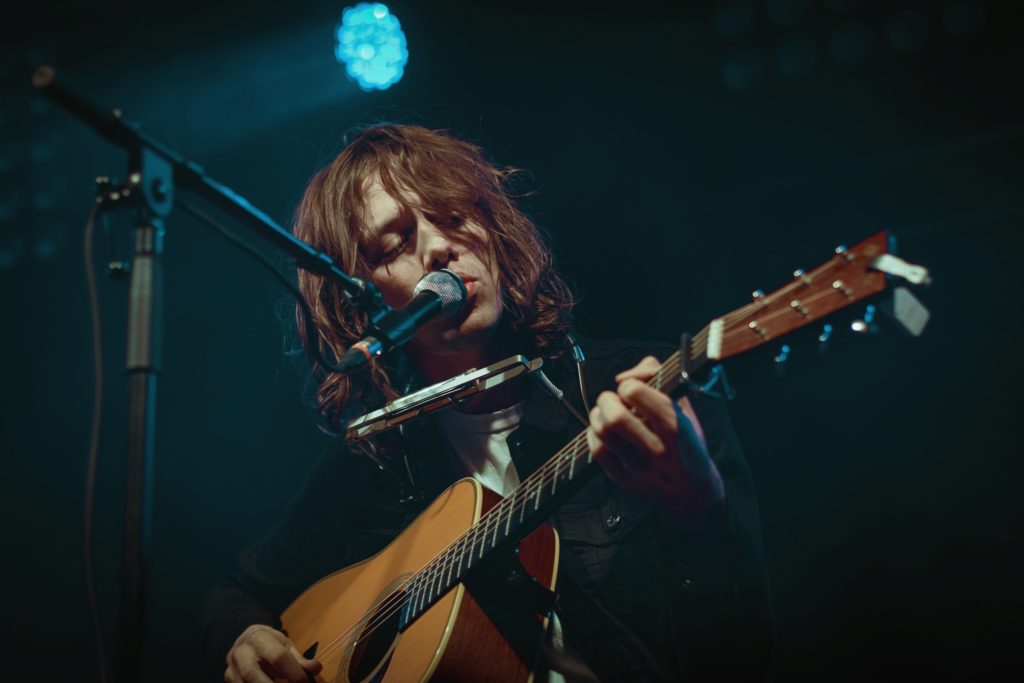 The year is 2015, and Ulige Numre have just released their second album “Grand Prix”. Somehow, it ends up on a Russian website later banned for piracy. Curious about the peculiar song titles, I press “play” and a voice of velvet and silk fills up my flat in east London. Just like that, my love affair with the Danish language has been set in motion.

In 2017 Carl Emil Petersen, the lead singer, disbands Ulige Numre and embarks on a solo career with his debut album “Natradio”. He then leaves his electric guitar behind too, and goes on an acoustic solo tour.

It is now 2019, and the 29-year-old, in the middle of his second solo tour, releases a brand new album. It is called “Amager Forbrænding”. The album is full of bittersweet reflections, poetic scenarios overflowing with both sadness and romance. It is without a doubt Carl Emil’s strongest work – not a single filler track in the collection. The lyrics of “Lagener i Vinden” paint a hauntingly beautiful image in the imagination of the listener, while the 7-minute title-track has already been claimed by Weekendavisen as the best Danish release of the year.

“Amager Forbrænding” is not the sequel to “Natradio” but its distant, more mature relative. It is still unmistakably Carl Emil, just more confident, bolder and refined.

“This time I wrote a lot of the songs on piano instead of the guitar, which is my main instrument”

he tells us in the interview just before his sold out solo concert at Richter, Gladsaxe.

“I used to work a lot while travelling, but this time I set up a home studio and wrote the album there.”

After seeing Carl Emil Petersen at festivals, a stripped-down solo show is a completely new experience. When I ask about the reasons for going acoustic, he calls it a special sport.

“You need to fill up a room and entertain people just by yourself, your voice and your guitar. It is not about how loud you play or how many effects you have. It is not about energy, it is about presence. It is about being able to convey a story through your song. I love a quiet room with a quiet audience. I love being able to control the silence. It is fun, but it isn’t easy. I need to be focused the entire time, and I can’t relax like I can with a rock band. At a solo concert it is only me, so I only have myself to blame if the show is not good.”

But of course the show is fantastic. With help from the piano, guitars and a harmonica, Carl Emil completely reinvents the songs that you thought were so familiar.”Tiden Flyver” was the first taste of the new album, so naturally I had it on repeat for weeks, and by the time “Amager Forbrænding” came out, I had grown a little bit tired of it. Stripped-down on the piano, however, the song is jaw-dropping. It would make a perfect movie soundtrack.

Every now and then, an iconic Danish artist would switch to English and test the international audience. Kim Larsen did it and, most recently, The Minds of 99. It doesn’t guarantee success but it certainly generates the buzz. “Would you ever consider writing in English?” I ask my interviewee, secretly hoping for a no. “I am a Danish songwriter” he says swiftly, “so no, I will not do that“. He has a point: Ulige Numre won the hearts of the nation because they were just so unapologetically Danish. “København”, a love letter to the city, was their breakthrough hit. “Frit Land” has the energy of some kind of unofficial national anthem. Even on the new album there is “Sankthans” – a story about the traditional Danish holiday…and, well, the whole LP is named after a place in Copenhagen. This authenticity would simply get lost in translation.

“It was natural for me to start writing in Danish, it was something I felt I was good at. Plus, I have always had a soft spot for poetry, so for me the words mean as much as the melody.”

It now has been over 2 years since Carl Emil Petersen went solo and wrote the song “Fanget i Ungdommen”. “Carl Emil, if you run from the past and fear the future, then you won’t have a place to stand” the lyrics went. I ask him if, after all this time, it is still something he relates to or if he had found his place.

“I don’t think I will ever settle or be completely content. I don’t believe in happiness as something you can reach. I don’t think one can become happy, it is just something that you are between happenstances in your life. When you are happy, you don’t really notice it, but then you look back and think, oh that was actually a fun time. I guess, being a little melancholic is a part of the job. I probably should stop worrying too much about the future. Right now, I am about to play a sold out concert, and that’s amazing. That’s what I dreamt of when I was a little kid who had just learnt to play the guitar. I should appreciate what I have but I expect a lot from myself and keep pushing myself. For that reason I may never be fully satisfied. It is always about the next song, the next show and the next record”.

I don’t condone piracy, but I am so glad that someone put Ulige Numre’s album onto that Russian website 5 years ago, and I was curious enough to listen. As the legally acquired albums with same voice of silk and velvet continue to fill up my flat now in Copenhagen instead of London, we at Good Because Danish are also looking forward to Carl Emil Petersen’s next song, next show and next record.

“Amager Forbrænding” is out now. Concert tickets for 2020 are available here.