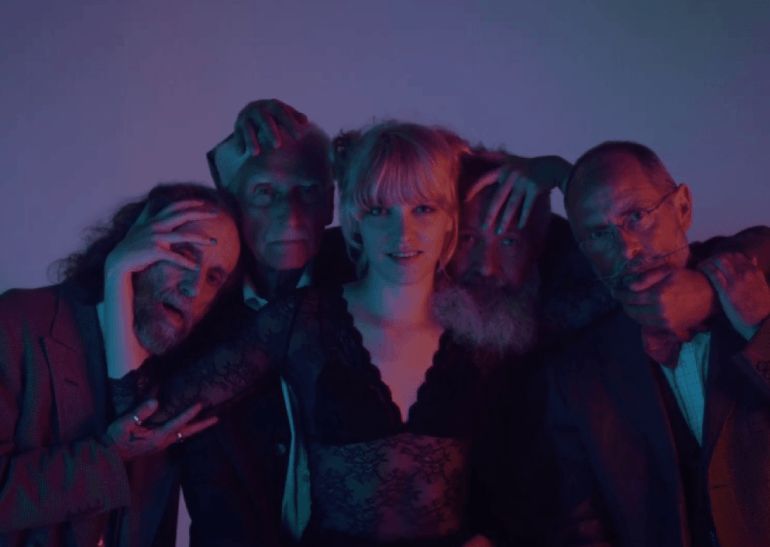 Lydmor is a very busy Lady, especially these days. On the 20. September her new single “LSD Heart” was released and today, 11. October 2019, she starts her autumn tour.

“LSD Heart” is a snippet of Lydmor’s upcoming new album and it sets a new course for her music. Known for being bold in her musical travels and surprising in her arrangements, Lydmor showed once again how powerful her art can be. “LSD Heart” speaks about things that touch love, gender and male domination in some aspects of art, which perhaps we all should think a bit more deeply about, than we did so far. Musically, it’s a very raw and minimalistic composition, the heavy beat fills it to its limits and creates a tension, which is just about to explode… but doesn’t in the end – sort of musical expression of the issues that Lydmor sings about – they’ve been suppressed for too long and created too big frustration.

Along with the new single, Lydmor released an intriguing video clip which she directed. It is as bold and provocative (but not provoking!) as the song itself. Forces you to think and shows a very personal message which Lydmor is trying to pass on to us. She shook the ground under some very deeply rooted things and we applaud it. It’s needed to question the status quo of certain elements of art and life in general.

We got a chance to see Lydmor’s very special performance at Reeperbahn Festival 2019 in September – she played an acoustic show (which she doesn’t do that often). It was very interesting to hear her songs in the raw arrangements, only with the piano accompaniment. After the concert, we climbed up to the rooftop in Hamburg and had a little chat with Lydmor – about her performance, the new single and upcoming album. You can watch the video interview on YouTube now.

Check out below where you can catch Lydmor’s concert – which is always a unique and exceptionally pleasant experience – in October and November.