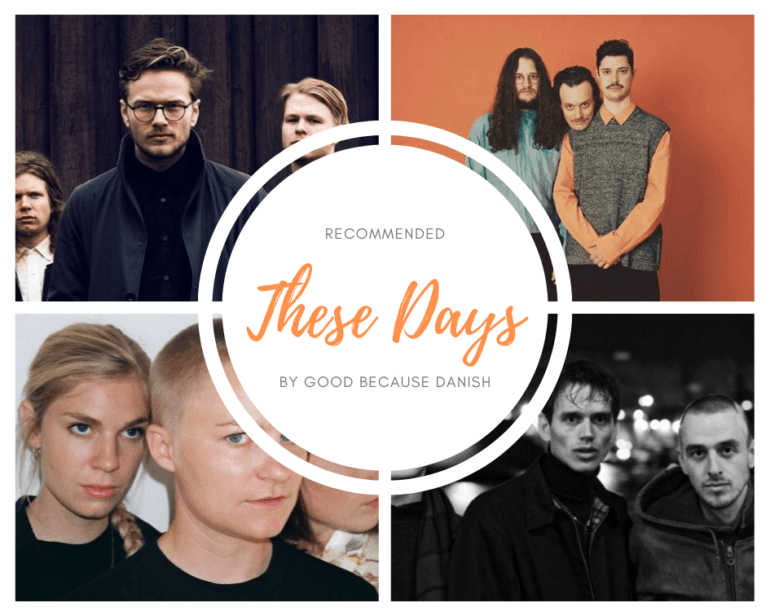 September seems to be a month of great Danish comebacks. Bands which haven’t released any new music in a long time prepared some stunning premieres. Efterklang has a brand new album, but that’s just one of the thrilling returns.

Additionally, you can feel that the summer festival season has come to an end and now it is time for – maybe even more exciting – the new releases autumn.

Listen to the new songs from Danish bands which we listen to these days at Good because Danish.

These days we listen to…

The female trio was always able to make our feet move with their songs and the new single “Limelight” is no different. However, this time instead of the rock’n’roll sound, Nelson Can went another way. The new composition seems to take a lot of inspiration from the disco and electronic music of the ’80s. “Limelight” sounds like a perfect soundtrack to a night of dancing alone and not giving a f*ck of what anyone thinks.

An interesting and fresh way to come back after being quiet for a while.

The Awesome Welles – “Sleeping at the Edge of Town”

After releasing an incredibly high-quality debut album, The Awesome Welles got quiet for 5 whole years. With the release of the new single, they showed that it was worth the wait.

Kept in a very unique style, “Sleeping at the Edge of Town” sounds like a gentle yet firm invitation to a new chapter of the band’s life. It has the feeling of melancholy coming from the lyrics, along with an edgy atmosphere created by the melody. In the end, the single leaves us with a feeling of careful hope, which is also how we feel about more new music from The Awesome Welles.

Another amazing comeback of September is from Blaue Blume. They released a new single “Lovable”, which brings tears to our eyes. Not only because the lyrics are heartbreaking. Also because it has the sound we’ve missed to hear for so long. It has the one of a kind vocals, it has a spacious sound structure, it has the chilling vibe. Blaue Blume at their best!

Last but not least, the pure definition of “Danishness” in music is the new, long-awaited album from Efterklang. “Altid Sammen” (Eng. “All Together”) is the first-ever album of the band with lyrics exclusively written and sang in the Danish language. And it is simply stunning. In a way, Efterklang has always been able to stun us with their music – in a gentle, unpretentious, caring way.

The nine songs from “Altid Sammen” create a unique Universe. Because the lyrics aren’t sung in English, it instantly makes you focus on the melodies and music more. What kind of atmosphere it’s creating in a certain song, how many different layers there are, how the sound builds a web around you. Efterklang‘s music is never predictable or boring, yet it’s one of a kind and you can tell right away that this album was recorded by THE Efterklang. No other band like those three guys, creating music together for over 22 years now. And we should all be grateful for it.