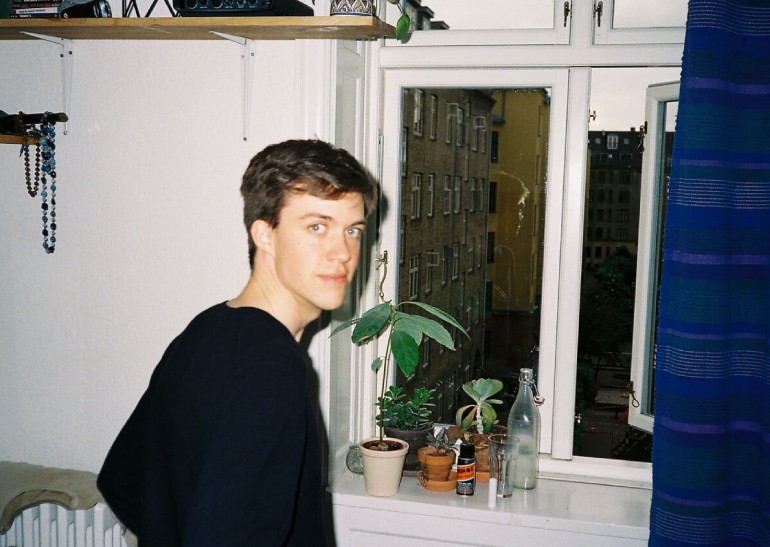 The man behind Oh Lois and Harmonics – two projects we at Good Because Danish were so fond of, is proudly releasing new music under his own name Søren Manscher and, oh boy is it beautiful!

“I have been writing in Danish for many years, but had not really got into what my language really was”, explains the 29-year-old artist. “While studying at the conservatory in Aarhus, I felt an urge to write much more about specific things that happen in everyday life. For example, strange parties, embarrassing comments, relationship chitchat – things that people can really relate to. It just suddenly became interesting to me. It must have happened because I lived with some friends who liked Skammens Vogn, and Nikolaj Zeuten is really good at describing those daily things. I realised that my music doesn’t have to be so serious or sad in order to touch people. It can also be subtle and fun.”

“Jeg Ser Lagener Blafre I Vinden” is the first taste of Søren Manscher’s upcoming album of diary-style songs in Danish. It does not feature over-the-top production, or polished vocals so characteristic to modern radio music, because it does not need to. In “Lagener” Manscher simply does what he does best: painting a picture in your mind with words.

“I wrote “Lagener” a year ago in Finland, where my girlfriend’s family has a summer house on a cliff, overlooking the sea. The idea was to find different scenes for joy in everyday life, and, for me, it was a scene of a naked woman lying in the blueberry cluster in the moonlight. And the sheets flailing in the wind as she watered an orchid behind a window. It is a very idyllic picture, full of peace and quiet. “Lagener” is by far a happy song, but there is also a sadness in it. One dreams of coming closer to the woman, but at the same time he is hesitant. There is a distance – and maybe a little fear of intimacy?“– explains Søren Manscher about the debut single.

In October 2019 Søren Manscher will support the renowned Danish artist Søren Huss on an extensive tour across the country, so get there early to experience some bittersweet storytelling in Manscher’s very special style.

Dates and tickets are available here.