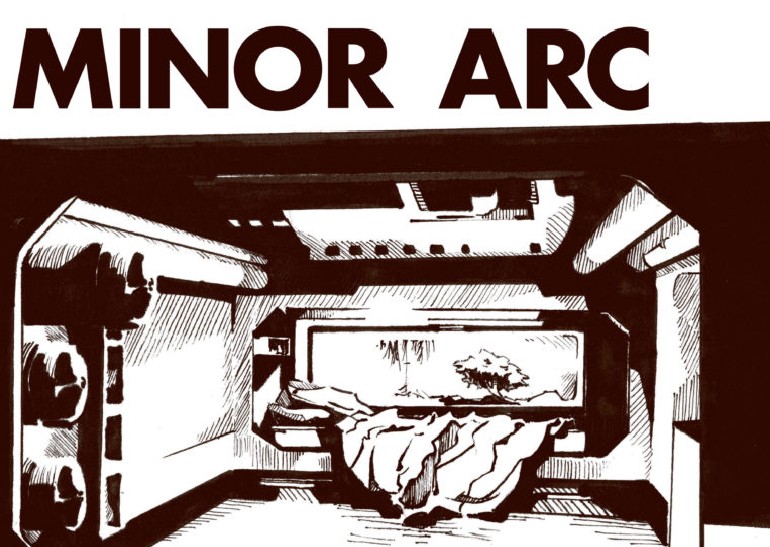 The Copenhagen-based band Minor Arc is made up of Søren (vocals), Jacob ( synth/ electronics), Jonas (guitar), Fritz Sommer (bass), Johannes (guitar), and John (Drums). A minor arc is the arc of a circle having measure less than or equal to 180 Degrees and perfectly describes the band‘s sound space. When the six guys met seven years ago they hit upon their musical formula, the minor arc, combining folk and country music wrapped in electronic rock beats.

The band’s debut album “To Distant Selves” is deceptively deep as its title suggest. Each song is an external perspective, the self-distanced analysis, on life events and the band’s observations.

“Most songs on the album are about transforming from youngster life to a type of real adulthood. In recent years more than half the band has become fathers. It is about finding other rhythms and growing older”.

“To Distant Selves”’ ten tracks come together to form a great balance – it changes pace, and makes you feel something – sometimes dark like “Plastic Ethics”, and “Maid of Honour” and emotional “My Fear of Sleeping” but often positive and energetic like “Ballad of the Late Bloomers”, and “Alcorythm”.

The best songs on “To Distant Selves” dig deep. “Family Law” starts slow and the band sounds not necessarily hurt but depleted. It is a song about exploring your rules. There are good and there are bad once influenced by beliefs and values, sometimes hard to accept. As the song continues it turns almost into an anthem cheering for family rules that one unconditionally has to accept when forming a family. Rules can grow and you can always rely on them.

Playing by their own rules was an important aspect of Minor Arc’s recording process. “We wanted to do this for ourselves and we wanted the whole thing to be on our terms and make our own decisions without external interference”. No studio needed – just the band, their equipment, and music somewhere in a summerhouse in Denmark.

Listen to “To Distant Selves” album below.

NORTHSIDE FESTIVAL 2019: everybody, go to Aarhus! And don’t miss Lydmor

GO BY LUCK – Break My Mirror