IN CONVERSATION WITH: EIRENE 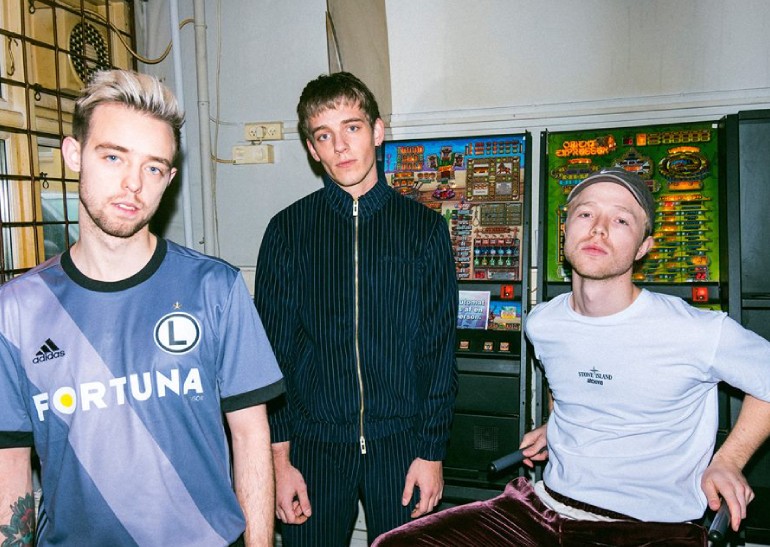 EIRENE is an Aarhus-based trio which recently released a single “Ordinary Life” – the perfect soundtrack to the upcoming summertime and an ode to the adventure which is everyone’s life.

The song is yet another example that Danish music is doing well in the pop’ish genres. The upbeat melody, connected with clean vocals and a powerful message locked in the lyrics give us a little gem which is pleasant for the ears while provoking some thinking.

Good because Danish had a little chat with the EIRENE guys and asked about their not-so-ordinary lives, the music scene in Aarhus and their musical inspirations. Read the interview below and listen to “Ordinary Life” on Spotify.

Good because Danish: In your latest single „Ordinary Life” you sing in the song “I don’t want to live the ordinary life”. What would you say is the least ordinary thing in living the life of an artist?

EIRENE: What separates the ‘ordinary life’ from the ‘life of a musician’ the most is that people kind of see you in a different way when you’re on stage. You even see yourself as another person. Wednesday is a normal day with a normal job and Thursday you find yourself playing in front of hundreds of people with an enormous rush of adrenaline. Friday you’re back at work at 7:00 am. That’s probably the biggest contrast.

We all know that making money for a living as a musician is extremely tough, so most people do other things to be able to record. How do you combine making music with your daily obligations?

All three of us have different day jobs to be able to pay rent and get food on the table. We’ve been in and out of different jobs all of us but we try to schedule our working schemes so that we’re off at the same time and able to spend the rest of the day producing music and so on. Sometimes that’s not too easy and it’s really weird to go for days without seeing each other. When that happens we try to add up for it by spending the weekend or a holiday together in a summerhouse.

What do you think is the key to balance the “work” side of recording and still having fun with making music?

It’s taking breaks whenever you’re feeling uninspired and worn out. Maybe fight a bit or drink a beer. Sometimes we tend to use a little too much energy on stuff that aren’t really worth worrying about. When you’ve been sitting in the studio for 3 hours straight trying to find the proper snare or hookline (guess a lot of people can relate to this one) you should probably just stick to one and get focus on the bigger image.

What do you think is the biggest power of your music? Something that makes it special?

There’s an uplifting feel about it – primarily because of the drums and basslines. It has a sound to it which we don’t think can be compared to a lot of artists. For instance, it’s not very common right now to make pop songs without a lot of autotune. The vocals are pretty dry and raw and so are the drums. We like to think that it gives it a more organic, band kind of vibe.

We approach the summertime and your music – especially the latest single – is a perfect soundtrack to summer. What would you recommend to the music lovers in Denmark to do this summer? Any particular festival or gigs?

Without stating the obvious cool festivals such as Northside, Roskilde etc. we would recommend everyone to go to Midsommer Festival. We played there a couple of years ago and it was insanely cosy and everyone was really nice. Basically, it was just a really big party in the backyard. Alive Festival in Thy is another great mention which also has a pretty special vibe to it. It’s on the western coast of Jutland which is also where we’re from. It always has a very interesting lineup with a mix of both famous artists and cool aspiring acts.

Usually, when it comes to music, everybody turns their eyes and ears to Copenhagen, but other Danish cities and musical communities have a lot to offer as well. You come from Aarhus – can you tell us something about the music scene in the city? Which Aarhus artists can you recommend to us?

Aarhus has so much great music to offer. We think that Aarhus is on its way back on the national music scene. Some of the artists from the city that we like is Valmai, MONTI, Stenz and Klipo. Go find them on Spotify!

EIRENE make music of your own, but they are also inspired by other artists – go to the Spotify playlist to listen to their favourite songs.