IN CONVERSATION WITH: We Are The Way For The Cosmos To Know Itself 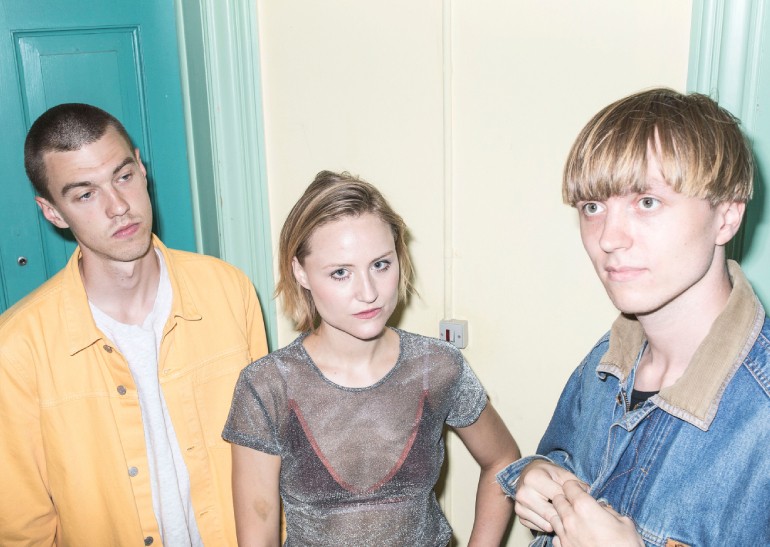 We Are The Way For The Cosmos To Know Itself create synth pop which travels beyond the clubs and the chic segment into trippy and cosmic depths. Since 2018 they amaze us with weightless vocals and heavy bass lines and take us on a journey towards the intergalactic entity.

Their debut single “Tiger” was featured on the Sound Of Copenhagen compilation, after which they played shows at major Danish festivals including Roskilde, SPOT and SmukFest. Now they are on tour in Germany and we sat down with them to discuss their plans and their rituals while touring. Enjoy learning more about this fairly new gem in the Danish music scene.

Good because Danish: You just launched the video for your new song “Sky” – How did you come up with the idea for the video?

WATWFTCTKI: The video was made by Tom Crate who also did the video for our song Flashbacks. He is a really creative and skilled director and animator. The idea with the falling man and woman came up when we discussed the lyrics of Sky which is about a dysfunctional relationship. This turned into the idea of a couple falling through space approaching each other and drifting apart.

You played SPOT Festival this year – What other festival is in your dreams to play at?

But you don’t only play festivals, you also have another Germany tour ahead of you. How is your experience with the German audience? Any difference to Denmark?

We love the German audience. They love going out and are very dedicated to new music.

How is tour life in general for you, do you have any rituals or anything that you always bring on tour with you?

We are suckers for salty liquorice so we always make that we have enough of this with us on tour. Also, we like playing games on the tour bus or backstage. A Danish version of charades called “Magrethe skålen” is a favourite one of ours.

Touring is fun, but not always everything goes totally as planned – would you share one funny tour story or “malheur” with us?

Our SPD broke down one hour before our show in Karlsruhe last year. So we had to get the soldering iron out minutes before the show. But it worked out in the end.

For some bands it is, that every member has a bit of a special role during a tour – how is it with you? Do you have for example one person who is the most nervous, the funniest, the caretaker – or how is it for you to spend a lot of time together as a band on tour?

Haha. We are like a family – a dad, a mum and their kid. You go figure who is who.

Talking about being in different cities every day – has there been one concert or one crowd that was the most special for you so far?

Well, besides the big festivals where the crowd is insanely happy and crazy we really like visiting places like Noch Besser Leben in Leipzig and KOHI in Karlsruhe. Those are such cosy venues with dedicated audiences.

But you are not only touring, of course, you also work on a lot of new music. Next year your debut album will be out – can you tell us a little bit more about your plans and progress for it?

The songs are really coming nicely together we think! There will both be recognizable things and surprises.

Enjoy their sounds and don’t miss We Are The Way For The Cosmos To Know Itself on their current tour.