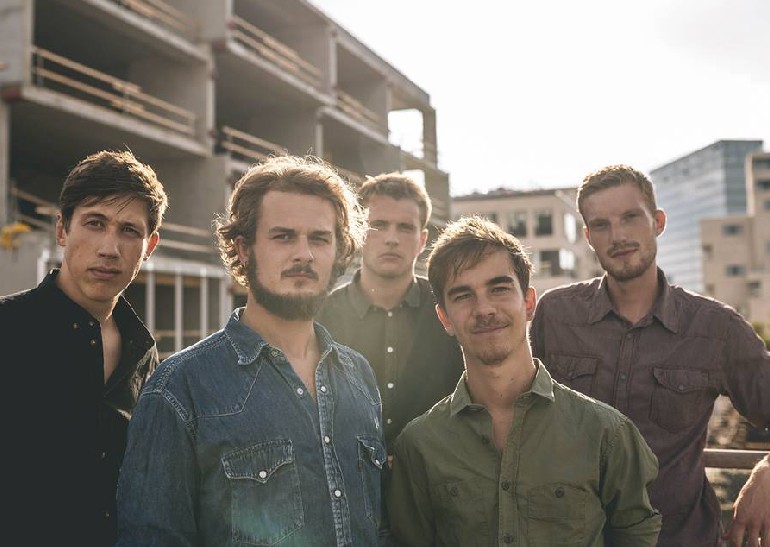 With an unspecified disturbance of the beat and sort of a nervous melody, “Courier” by In Caravans is a song full of twists and turns. You can either get sucked into it or get uncomfortable with it, but you definitely can’t pass it by without any reaction.

In the beginning, I wasn’t sure what to think of this band and this song. “Courier” was sort of annoyingly teasing at first. With this kind of grunge’ ish guitar at the beginning, then going into a classic shoegaze sound, vocals reminding me of UK indie bands from the ’00s and a somewhat mysterious vibe, In Caravans mix so many things from such different areas that it takes time to catch up.

As they describe themselves: “The band seeks inspiration in neo-
psychedelia and alternative rock, their style is also influenced by their love for indie rock.” (press)

You can hear all that in “Courier”. The song is unsettling and maybe that’s the reason once you hear it you cannot – not – come back to it. It might make you angry at the band for a moment there. You press “play” and at the same time think “f*uck, why am I doing this yet again?”. Do you know what I’m talking about? The love-hate relationship? “Courier” definitely establishes a relation between the listener and the band which isn’t a clear one, it’s not black and white in In Caravans’ world. There is a place for anger, frustration, lack patience… a place which we so often need but can’t find to vent all those emotions.

“Courier” is to me a musical equivalent of hitting your pillow or screaming from the top of your head. Let yourself release and listen to the song. More from In Caravans is coming soon too, as they will release an EP “Sunken Streets” in April 2019.