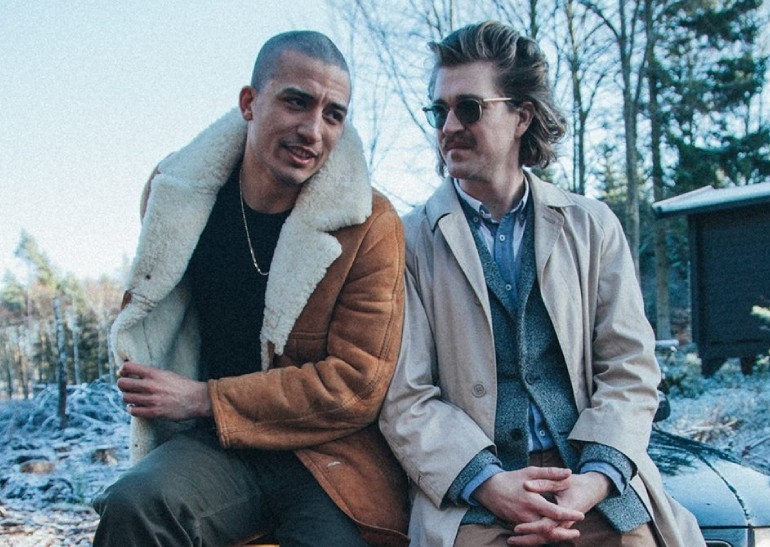 “II” is the first taste of Hoison Bascoe‘s sound, produced in the marvellous outer space designed rooms of Delta Lab Recording Studios in Copenhagen. Arbi and Rasmus formed Hoison Bascoe in 2017 with just one goal in mind- to make great music.

“So with that goal in mind, we started experimenting with our sounds. Mixing our worlds together. Rasmus has played classical saxophone throughout his childhood and started studying jazz in his teens. Arbi has a Tunisian background and draws on the sounds South of the Mediterranean Sea. We are both playing, recording and producing everything we do”.

First impression matters. They make a great one!

The song and video feel as being a special sneak preview of Hoison Bascoe’s music as it unfolds in the forthcoming releases. The sound is a musical scrapbook recontextualizing songs from the upcoming EP and offering a window into the world of Hoison Bascoe.

The phenomenal element of this release is the opportunity to hear a magical arrangement of different styles without having them sound messy. “II”‘s opening minute places the piano in a vulnerable, minimalistic and clean space that will drift with us into a rumbling and booming synth-beat.

The video is a real eye-catcher. It is Mounir Hammoumi’s, Norwegian and Copenhagen based photographer’s interpretation of the Hoison Bascoe’s vision and music. The video travels back to the origin area where most of the duo’s music is rooted.

The footage was shot in Sweden’s fascinating forest masses with remarkable trees and a romantic small hut in the deep woods. The scenes could have been taken from a successful Scandinavian crime fiction – two guys driving through dark woods and a cabin with tension building music.

Hoison Bascoe is on the list of music we look forward to in 2019.

IN CONVERSATION WITH: Soluna Samay