IN CONVERSATION WITH: Soluna Samay 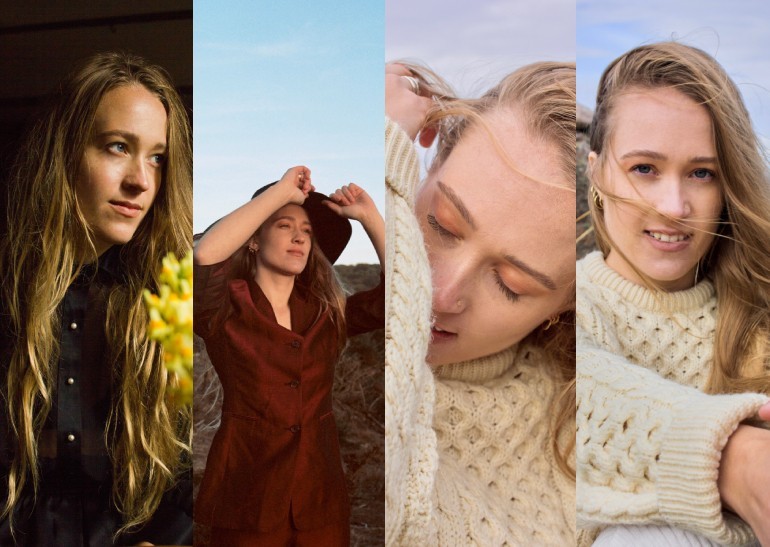 Soluna Samay’s last album “Golden” came out almost 3 years ago, and afterwards, it was pretty quiet from her side. Last month Soluna spoke up about a challenging time in her life through a brand new song called “One More Reason to Hate Me”, which reflects on a turbulent relationship. The beautiful song is a part of a new EP called “Northern Wind” which was produced by Esben Svane and will be out on 24. May 2019. Eager to find out more, Good Because Danish met up with Soluna Samay in Copenhagen to talk about life, music and just a little bit of Eurovision.

Good because Danish: The breakup you sing about in “One More Reason to Hate Me” seems like an extremely unpleasant situation to deal with, and yet somehow, there is so much kindness and compassion radiating through the song. Is that how you usually handle rough times in life?

Soluna Samay: It depends on the situation. I am still working on it because that is the ideal way to tackle life. You don’t get far with a bad attitude and bitterness. But after the breakup I was bitter, and I was hurt. Eventually, I realised that I was not myself, that this situation had turned me into somebody I did not want to be. So, when I met up with Esben Svane and Andy Davis, I told them the story, and I said that I needed to write a happy song about it. We joked that if my ex finds out I wrote a song about him, he would definitely have one more reason to hate me, and that is how the title came to be. But it was something I had to do for myself. The song picked me right up, it was really helpful to find some humour in everything that had happened. I do not like bottling things up, so I always talk about how I feel anyway. Music is just another way to figure it out. It is quite therapeutic – you get to write about the issue and then you move on.

How did you feel releasing such a personal song and hearing it played on the radio?

I did debate whether or not to release “One More Reason to Hate Me” because I do not want to hurt or upset anybody. It is not a way to get back at my ex. But then again, it does not mention any names, so only I and that person know what really happened. When the song came out, I felt a bit nervous, as though I was provoking something – because it has been a long time, and I have moved on, my ex has probably moved on too. I don’t want to reignite any bad feelings.

You took a 2-year long pause after releasing your last album “Golden”. What have you been up to all this time?

Well, I was moving around a lot – going back and forth between Berlin and Copenhagen, lived in Mexico for half a year. Of course, the relationship took a lot of my energy, and the breakup happened only a year after “Golden”. Instead of focusing on being creative, I tried to figure out where I really want to be and what I want to do. After all, it is not easy to be creative when you are struggling, so I needed some time to work on myself first. But once I did that, my creative spirit returned. Sometimes it helps to take a step back so that you have more energy and inspiration afterwards.

What was it like to record your new EP “Northern Wind”? Was the experience any different from recording your other albums?

I applied for a songwriting camp to put myself back out there and get inspired by other people. All the songs on the EP were written in the space of 4 days, with musicians who came to Copenhagen from Nashville. It was such an intense time in my life, and I had so much to say, so the songs came out and fit together very easily. I decided to put them into an EP because there is almost a storyline running through it. The last song is called “The Sea”, and that was where I realised that I had finally moved on and been able to let go of what happened. This EP is like a chapter of my life and making it was so interesting because it involved working through a lot of big issues. Now the final step is releasing it, so it can be out there for other people to feel whatever they feel when they listen.

But even though the workflow was so natural and organic, it took me a while to figure out how I want to release “Northern Wind” because I am doing it through my own label. In that sense, it was very different from recording my previous albums. The first two were done through record deals, and I trusted the producer’s idea of how I should sound because I wasn’t sure of it myself. However, I had a very clear vision for “Northern Wind”. My music is generally inspired by folk, so I wanted that vibe, but I also wanted the EP to sound more Nordic. I have been living in Denmark for almost 20 years, but I grew up in Guatemala with German and Swiss parents, so I wanted the music to reflect that too. I wanted to have combinations of different sounds, which is why it was so great to work with Esben.

What is the meaning behind the name “Northern Wind”?

It is the title song that was inspired by my childhood in Guatemala, by the lake called Atitlan. There are two winds always battling for power, and one of them is called Norte, which means North. When we moved to Denmark, we lived on a very windy island called Bornholm, so at some point, I started to feel as though the wind follows me around, and I found comfort in this thought. Having many homes like I do is great, but I often feel homesick and unsure where I belong, and where my roots are, so I appreciate the idea of finding a home in the wind. The title song is about looking back at my past in Guatemala, the now in Scandinavia, and the wind being my friend. Some parts of the music video were shot in Guatemala and some in Denmark, so it is also a link between two very different worlds.

Your song “Miles Apart” with Select Captain was a huge success. What was it like to work with Kristian Gaarskjær?

We met in Berlin through a songwriting camp. One of the organizers thought it would be a good idea for me and Kristian to try writing together because we are in a similar genre. He had the verses for “Miles Apart”, so I helped to write the chorus. It was awesome! Sometimes I join Select Captain when he plays that song live, and we are planning to go on tour in Germany together in autumn.

I am sure that someone will hear “One More Reason to Hate Me” and relate to it. What advice would you give to people who may be going through a similar experience as you did?

Get out. And I know that it is not easy, but you can get something positive out of any situation. People who are going through something similar shouldn’t be hard on themselves. The first step is simply realising that you are in a bad place, because once you know that, you can work your way out. Something good will come, you will learn a lesson and, hopefully, will not repeat the same mistakes. I felt like I had let myself down. I felt like a coward because I did not get out when I knew it was time. For the first time in my life I felt like I was not able to help myself. So I went to therapy. I think, it is extremely important to not be afraid to admit that you need help. I used to think that seeing a therapist was a sign of weakness, and that there is not much they can do for you, but it really helped. Now, when my friends are going through a hard time, I advise them to consider therapy too. It made me realise that I did the best I could in that situation. That was the first step to getting better. Relationships can be so toxic, and if you stay in one for too long, you can really lose yourself. You can start feeling comfortable, internalise it and not even see it as a problem. That is so dangerous. I am happy that I got out but I also realise that it takes two to tango, and I am not perfect. My advice for people is to put themselves first, at least sometimes.

Thank you Soluna, we are so excited for “Northern Wind”! What plans do you have for the upcoming year?

I do not have plans to play shows in the summer because I will be recording my next EP. As you mentioned, I did take a long break, but I am done with that. There is going to be a lot more music coming a lot more frequently!

“Northern Wind” will be out on May 24th. The next single from the EP, “This Time Around” is coming out on April 26th.