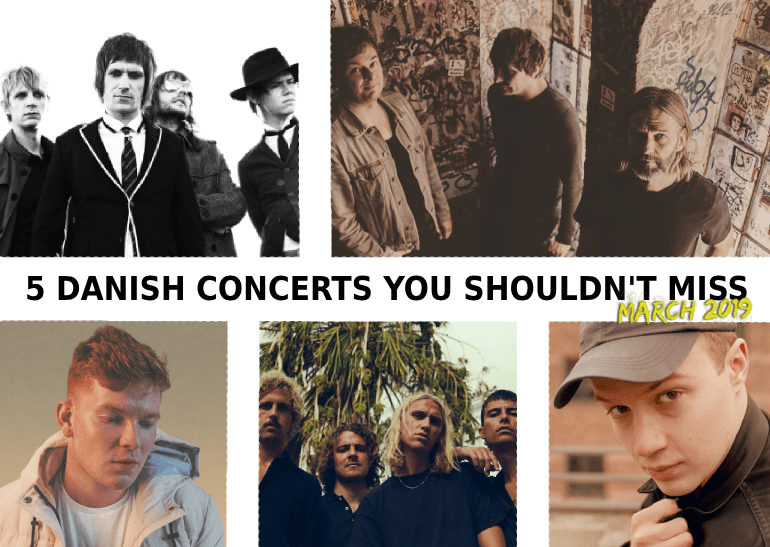 Spring is finally here, and we couldn’t be more excited about it. Even in Denmark, the evenings will soon be not so cold and dark anymore, so why not spend them going out and enjoying some nice live music?

Here are some concerts taking place in Copenhagen in March that we look forward to and invite you to come along:

The Aarhus-based trio Catch The Breeze released their debut album “Glow” in 2018 and it’s one of those albums you just don’t get tired of – every time you listen, you discover something new about it. Surely, a song like Paper Lanterns must sound even more beautiful live!

Copenhageners Bleach Blondes will make the show even more memorable. Their 2016 album “You Could Take The Whole World To Bed With You” and 2017 EP “Health” are some of the finest examples of modern Danish alternative rock. Certainly not a show you can miss!

A Danish language EP by Aksglæde called “Hvorfor Kom Du Overhovedet?” only came out in February 2019 and immediately solidified its place in our music library. Explosive pop bangers like PromilleRomantikken and a beautiful slower ballad Søerne make Aksglæde one of the most exciting Danish pop bands of the moment.

It’s not surprising that the Hotel Cecil show is sold out, but luckily there’s a whole tour going on. Still can’t make it? Great news – you can catch Aksglæde at this year’s SPOT Festival or Copenhagen’s Pumpehuset in November!

These guys are simply one of the best bands to see live – the energy of a Go Go Berlin show is unparalleled. The band has been working on new music and recently released Here Comes The Darkness which has already been making rounds on the radio. If you need more conviction, Go Go Berlin recently released a brand new EP and posted an Instagram story stating the following, “We made this EP just for this tour. It’s called Proof and it’s a limited edition  only available at live shows.”

The rock band recently celebrated the 10th anniversary of their iconic album “Man Up” and worked on their side-project called The Van. “The idea of The Van made sense because we wanted to make an album which was 100% DIY to once again feel the nerve, the magic and the ability to groove together. We needed to prove that we could make a bold vinyl on our own. At the same time, The Van became a musical playground that taught us a lot of things that we can now take over in The Blue Van’s direction” – says the lead singer Steffen Westmark.

Are you one of those people who go to a concert and end up standing in the corner with a drink, calmly observing the show? Well, that’s not happening at a Karl William show. Energetic and upbeat pop tunes like “Om Igen” make it impossible to stand still even for the laziest of us.

Get excited by checking out his latest album “Livet, faldet & alt det andet.” 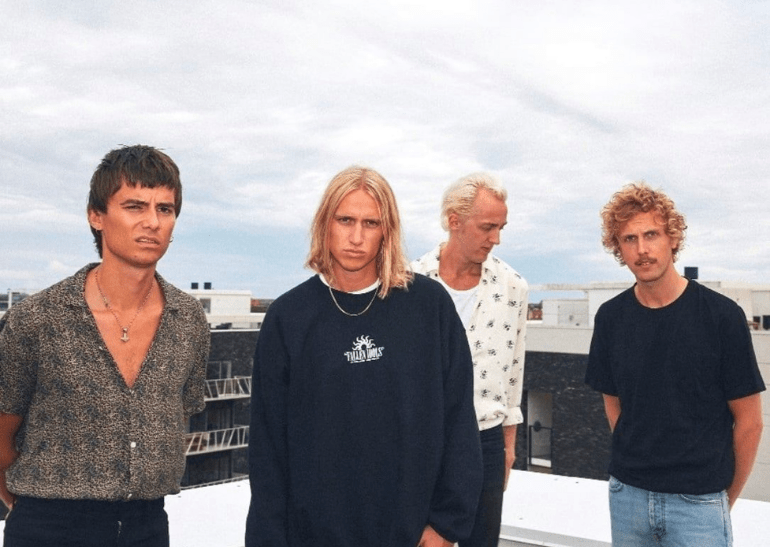