In case you've missed it: cool DK releases so far

Summer is finishing, festival season is almost over, musicians come back to studios, record labels come back to work and music lovers prepare themselves for a flood of new sounds coming to them this autumn.
In the meantime, Good because Danish decided to look back on 2018 and see what we had a chance to enjoy so far when it comes to Danish music.
There were some releases which made a huge impression on us at the GbD Team, yet somehow we didn’t manage to write properly about all of them. Time to change it and present to you 6 Danish albums which came out in 2018 so far and are definitely worth listening to and coming back to!

In case you’ve missed it – VETO is back! The band released a new album this year, after a long period of hiatus, and it is – in my opinion – one of the best records in their discography.

“I always thought VETO had the ability to create a sort of a cosy discomfort with their songs. The atmosphere which is kind of disturbing and maybe even repulsive, but at the same time – beautiful and… addictive. With the powerful opening of the new album – the title track “16 Colors” they brought back that atmosphere.”

Read more about the album on Good because Danish – HERE

After being treated with a handful of singles Luster presents us their album “Luster”, giving us songs that leave nothing wanting-except another encore.

Their new album has turned into an excellent smooth and energetic album with sensitive melodies and sounds within a fun rock atmosphere. It will definitely stick in your inner ear. You like harsh but also melodious guitar sounds and Indie Beats then this is for you!

“Trail of Intuition” is Jacob Bellens 4th album. Sometimes dark and mysterious, sometimes triumphantly beautiful, sometimes melancholic, sometimes playful; his great voice and his brilliant lyrics are convincing. Everyone who has heard his voice once will be beholden!

His style varies somewhere between electronic Pop with its harder electronic sounds and soft synthpop beats with all its facets. He has a specific intuition for the right record where he manages to create an album that hooks the listener until the last song.

Penny Police caught Good because Danish’ attention with her very first EP and the newest one, released in February this year is no different.

It has something that just catches you and doesn’t want to let go. Maybe it is because of her vibrant, fragile voice, maybe it is because of the pop-acoustic melodies, but “Train Talk” EP is just so well-balanced and in harmony with Penny Police style. But also, you can hear how she developed. Really enjoy listening to it, as there is space in the songs, you can hear space… really.

In the flood of dream-pop, R’n’B inspired pop and any kind of other pop’ish tunes out there on the music market, FURNS do one thing exceptionally well – they never sound like they try too hard and make music which isn’t theirs. “Final Cut” is a great example of that.
The songs’ flow is natural, unpretentious, chilled out without forcing anything. At times this album has jazzy vibes, sometimes it goes more into the 80’s, but as a whole – “Final Cut” is a very aligned and well-thought album. Perfect to truly relax, but not totally a background music, if you know what I mean; it still demands to be heard.

The Bronson Brothers – “A Taste Of Salt”

If you are open to fresh music experience and you like discovering a new sound, the album “A Taste Of Salt” from The Bronson Brothers is for you!

“How would Depeche Mode sound like if they were a rock band from Scandinavia? I think the answer to this (somewhat strange) question is: they would sound a bit like The Bronson Brothers on their latest album “A Taste Of Salt”. (…) At the first listen it may sound a little repealing, a little harsh and unapproachable. But if you give it a fair try, the songs suck you inside and don’t let go for a long time. Possibly forever.”

Read more about the album on Good because Danish – HERE. 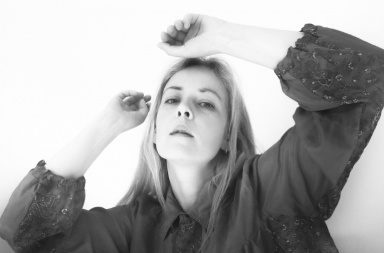