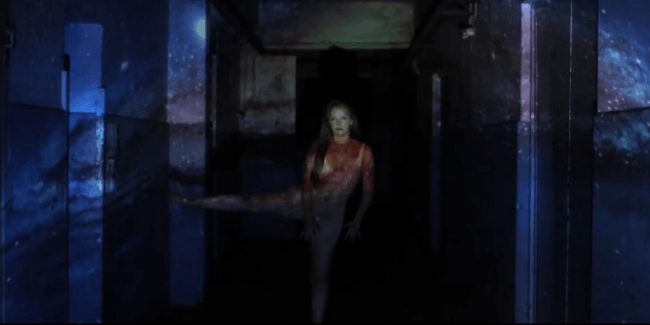 Good because Danish is delighted to premiere a brand new single coming out from the Aarhus-based project MALMØ. Some time ago we have premiered their debut single “You”,

now it’s time to listen to another gem from this music project lead by singer Maria Malmø. MALMØ have just been signed in the UK to a small but very dedicated label – Integrity Records – which will be involved in the upcoming album promotion. The first taste of the record is a song titled “The Way”.

MALMØ is taking influences that range from folk through the alternative to rock, and that mixed sound experience becomes a wholly unique one, not happening often. Using the word “unique” to describe music is not something you can do much nowadays. The new single is a surprise and shows a face of MALMØ‘s music which you couldn’t see in “You”. “The Way” is a little more instrumental-oriented than their previous work but, of course, that’s not a bad thing at all. Through the new single MALMØ is showing us another dimension of music, which will most likely be included on the debut album.

“The Way” starts calmly, accompanied by some odd, folk instruments’ sounds and is sort of “haunted” by magnificent appearence of Eivør Palsdottir  (Faroese singer invited by Maria Malmø to collaborate on the track). Eivør brings chills and presents emotions within the moody, bold vocals from the very beginning to the very end.

Every chord progression of the song matches the music video produced by Michelle Berg and Stinna Skrivergaard very well. The pictures present live emotions, the dance of half-naked beings, people who have taken a long way to find each other in wild times. Both the song and the video move into the dark with powerful rock strings at the end.

Although we do not know of any specific dates for the MALMO’s debut album, we are more than satisfied with the ones they have dropped and we hope to hear next songs soon, as this music is definitely special and deserves to be heard.

Catch the single “The Way” and the video clip to it below.