FIRST HATE: "we're both very vulnerable people when it comes to emotions" 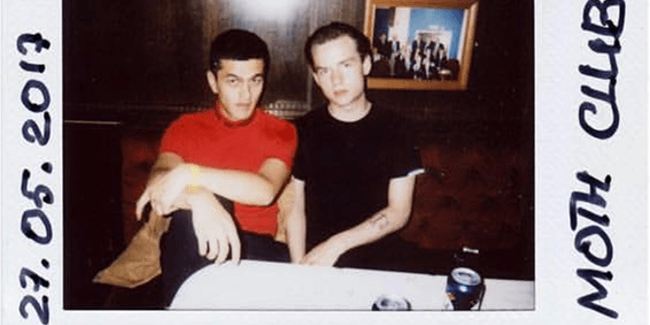 A year after supporting Lust For Youth at London’s MOTH Club, on the 27. May 2017, First Hate were back to headline the same venue which has become somewhat famous for showcasing the most exciting bands emerging from all over the world.

Our London-based author Marie sat down with Anton Falck and Joakim Nørgaard before the concert, to talk about their brand new album “A Prayer For The Unemployed”, their lifestyle and the Danish music scene.

Read the interview below and don’t forget to check out First Hate’s debut album!

Good because Danish: Welcome back to the UK and congratulations on the album! How has the response been so far? How does it feel to be playing new songs?

Anton: Thanks! Actually, many people already know the songs, which feels slightly weird. They dance and sing along. Sometimes you get tired of playing your old music, so it’s nice to see how people receive the new stuff. It’s been getting a deep emotional response. It’s a really big gift.

Joakim: It’s always fun to see which songs people react to the most and it which way.

And which songs, would you say, get more reaction?

Anton: My friend texted me today, saying that he started crying when he listened to “The One”.

Joakim: Aww! Yeah, I think “The One” has also been getting very good feedback.

Anton: It’s sometimes hard to play in front of people, because we put so much personal history and emotions into the songs. So it’s very nice to receive so much love.

Tell me about the recording of “A Prayer For The Unemployed”. It has quite prominent themes of loneliness and isolation, how did that concept come about?

Anton: Well, we’re both very vulnerable people when it comes to emotions. We sat down and talked about what we wanted this album to be, and we were like, “Okay, we need a party song, we also need one that goes like this and that…” We thought about different feelings and ways to express them, but in the end, the album turned out to be something completely different from what we had planned.

Joakim: We had a lot of different inspirations and changed our minds during the process. We came up with a vague story-line going on throughout the songs. Often when we make music, we have visuals in our mind, like movie scenes. The song “Copenhagen” for me is a scene with lovers breaking up outside a nightclub, and the guy walking home alone. So we put all these little scenes together in a sequence that tells a story.

How was recording “A Prayer…” different from recording your EP’s?

Anton: The first EP [“First Hate”] we made all by ourselves using GarageBand. The second one [“The Mind Of A Gemini”] we made in a studio with a producer that guided us through everything. This time we came back to doing it ourselves again with a help of a technician.

What is the story behind the artwork for your new album?

Anton: When I was a kid, my father molded my face with a casting material, so now I have a cast of my own face as a kid, and I also have one of my father’s when he was my age. I have them hanging on my wall. For the cover art I wanted to play around with something like that, so we decided to get crafty and molded our faces with a gelatin. So yeah, those are us on the cover!

Have you noticed that the Danish music scene has been getting more and more attention outside Denmark? What do you think is the reason for that?

Anton: I think Denmark – in general – gets a lot of attention these days. The literature, culture and music are very vibrant now. Because Copenhagen is such a small city, there are close bonds between people, and that leads to very creative and interesting collaborations.

Joakim: That’s true. And once there’s a good response, people notice it and continue working. 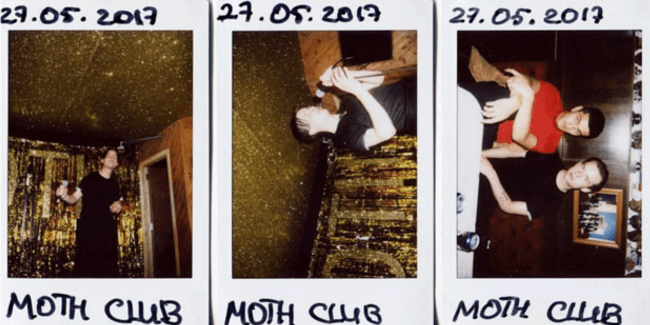 Have you always planned to write songs in English, or is it easier for you than Danish?

Anton: I think sometimes you can say something a little more personal when you speak a language that is not your mother tongue. And of course, it’s important that more people can understand us.

Joakim: It’s like, you shift between different personalities when you speak different languages. We tried to write in Danish, but it doesn’t feel right and it doesn’t come out the right way.

What do you guys like to do outside of music? Is there anything that contributes to your creativity?

Anton: When it comes to writing lyrics, I like to put a spiritual approach to things, I like to soul search. I think of music as a way of self-therapy: you get something out, and you work on it. Sometimes I use tarot cards, sometimes I take drugs and have really deep conversations. We spend a lot of our time talking about philosophy and everything that we see.

Which Danish bands do you like and can recommend?

Anton: There’s so many to choose from. I really like what’s happening with the local ambient, experimental and electronic music. Names like Scandinavian Star and Croatian Amor. Sometimes when I listen to music, it disturbs my mood, but when I listen to ambient music it helps me relax.

Joakim: I don’t think I listen to much of Danish music, because I see these people all the time. I check it out when they release new stuff, but normally my source of music comes from somewhere else. I like hip-hop from all over the world.

Anton: When we played in Copenhagen last time, we had 3 girls singing as a choir, and a bassist. It’s fun to invent something new for a special occasion, and Roskilde is definitely special. We’ve talked about renting a foam canon and making a foam party, but there are many ideas.

Joakim: I’m excited to see Solange at the festival, but we’re going to Russia right after [check out photos from Russian show on our Instagram]. We probably won’t have much time to check out other artists, unfortunately.

Thanks guys! Is there anything else that you would like to mention?

Anton: Actually yes, there’s something interesting happening in Copenhagen soon. People should look into KNIFE FEST, which is an independent underground festival that takes place on the 1. and 2. September. We and our friends are setting it up, and there will be bands such as Lust For Youth, First Hate, a lot of local Copenhagen bands as well as some new names and foreign names. Check it out!