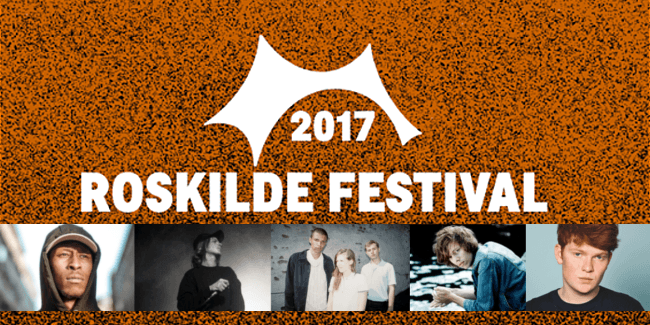 Roskilde Festival is just around the corner, and that means we’re back with the second half of the 10 acts not to miss on this year’s Roskilde Festival – and they are at least as unmissable as the first half!

I’m starting the last half of the list out with a hip hop artist who has a special place in my hip hop heart. Noah Carter is a 23-year old Danish rapper and singer, whom after years of praise on other Danish artist’s tracks (such as Gili’s and Ukendt Kunstner’s) has emerged from the shadows with the debut “Do You” – a smooth R’n’B number with a hint of Drake and Bryson Tiller with both rap and song. Everyone is talking about Noah Carter being the next star of the Danish hip hop scene, so don’t miss out when he performs!

Not only has Silvester made it on GbD’s list – the band has also been recommended as a #mustsee band by the Danish band opening the Orange Stage – Phalke.
Silvester has a very prominent electronic vibe and most of the time you have this feeling of floating on a psychedelic cloud. Float with us and the rest of the other enchanted audiences at the Countdown Stage on the 27. June.

At an age of 26, Rasmus Littauer aka School of X has already concurred the world’s biggest music stages, as the drummer for the biggest Danish music export since Aqua – MØ. With Mø he has not only played Glastonbury, but also an absolutely packed Orange Stage at last year’s Roskilde Festival. Even though Rasmus Littauer is already familiar with the importance of stage presence, now is his time to shine! Especially on the instrumental side, School of X music brings unavoidable references to MØ, but his vocal is very much his own and without being just another MØ-ripoff, School of X easily makes it to GbDs Roskilde-list.

A lot of opinions have been shared about Carl Emil Petersen’s break-up with his former band, Ulige Numre. To some, the whole episode seemed a bit too well scheduled, due to the fact that it didn’t even take two weeks after the break-up, before Carl Emil’s debut concert was announced to be played at this year’s Roskilde Festival. Carl Emil Petersen has only shared two singles so far, and even though the name isn’t Ulige Numre anymore, the references to Ulige Numre are hard to overhear, especially his latest release “Skærgården”. It’s gonna be exciting to see how the rest of his solo material differs from the sound of Ulige Numre. So far Good because Danish recommends that everyone who likes The Walkmen and Håkon Hellström, should find themselves at the Arena Stage, Thursday 29. June at 14:00, where Carl Emil Petersen will debut as a solo artist.

A lot has happened since Karl William performed at Roskilde Festival 2014. He’s won both P3 Guld’s talent prize in 2015, strongly followed up by the P3 Prize at the same show in 2016 (which is the main prize and a really big deal for Danish artists). A Danish singer who cringes his heart out with spectacular, quite melancholic and dark (in a good way!) lyrics will surely amaze at this year’s Roskilde Festival, where he won’t be performing in the upcoming days, but as a part of the main program. Don’t miss it!