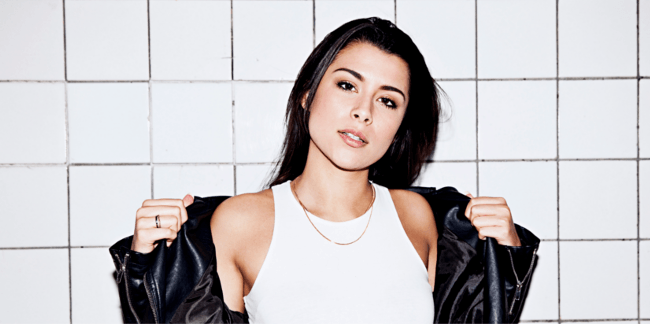 Hello everyone! Long time, no see regarding “From Denmark with R’n’B Love”, but I’m back, and stronger than ever with a new post on my new(est) Danish musical R’n’B-crush: Ericka Jane. Enjoy!

Who is Ericka Jane?

Ericka Jane is a Danish artist who was first introduced to the public on the Danish version of X-Factor at the age of 15. She made it through auditions, but didn’t go far in the competition, which actually might have done her a greater good. Later, at the age of 16, she released a cover of the song “Marvin’s Room” (Drake) on YouTube, which got a lot of attention from the viewers.

She released her first EP “Favorite Lie” in 2015 where the lead single under the same name was in rotation on national Danish radio. The EP is made in collaboration with producer Hennedub, who has produced for Danish artists such as TopGunn and Brandon Beal.

Ericka’s newest singles “Bad like you” and “Insatiable” have defined her as a rising star – definitely in Denmark, but also for the international music scene since her songs are in English!

Why do we love her?

First of all, I think it’s safe to say that on GbD and especially on “From Denmark with R’n’B with Love” we are IN LOVE with strong, independent women with edge and charisma, which I think Ericka Jane has loads of. Additionally, her looks and her music remind me of a young Rihanna, which can never be a bad comparison!

Another thing I love about strong women is when they pair up with strong men. Ericka did a feature on the Danish artist Christopher’s single “Bitter War” – and since I’m not just a sucker for R’n’B and Hip Hop but also pop – this song has me lip syncing in front of the mirror quite often.

Other than Ericka’s music (which is filled with Caribbean tunes and lyrics like “I’ll give you all that honey lovin’, make you wanna take a bite” and “Ain’t no use for explanation if you got a taste for Asian” which really floats my boat!) I would advise everyone to follow her on social media (especially Instagram) where you’ll get an early-Tumblr-nostalgia trip (in a good way)!