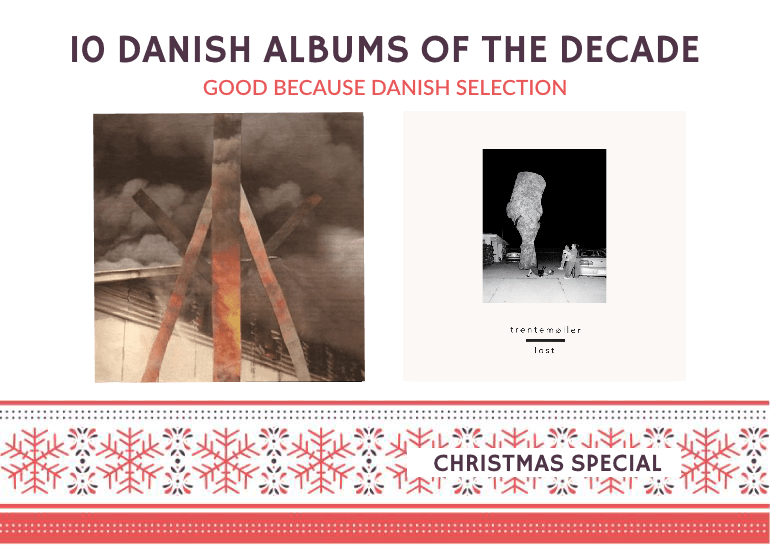 For the past 10 years, we have been listening carefully to musical exports coming from Denmark. As we are bidding farewell to this decade, let’s look back at some of its most outstanding albums. Good because Danish editorial team was trying to find those which made a change, marked a new opening for te artists or reminded about a slightly forgotten genre. As we look at the Danish music scene from an outsider perspective, we see some releases brought attention to the Danish music scene more than the others. We also have our all-time favourite records which are very special for personal reasons.

Iceage debut album from 2011 reminded us all that punk music wasn’t dead at all and there was still tones to discover and to do in this genre. The first record from this rebellious band was received very well both in Denmark and abroad, making Iceage the princes of the underground.

When we talk with Danish artists who are making music for a long time, they often mention how Copenhagen and Denmark, in general, were full of young riot groups, playing in basements and tiny underground venues. They shaped the Danish music scene and build the fundament for its development. Iceage came back to these glorious roots and added something special.

At Good because Danish, we were amazed by the freshness which Iceage brought with their music, especially the single “Coalition” from their EP. But on “New Brigade” this breath of fresh air blossomed in full.

Pitchfork wrote about the album:

“On their debut LP, this young band from Denmark mixes post-punk clang and goth atmosphere, serving it up with a massive dose of addictive energy.”

The band made a huge impression on the audience all over the world, rising to be “the savours of punk music”. Since 2011, Iceage released more new music, but their debut album is – in our opinion – the one that requires a mention when we talk about the most important Danish albums of the passing decade. It definitely reminded everyone about the constant existence and potential of punk music and made it in a great style.

If you are a fan of electronic music, Trentemøller is an artist who doesn’t need an introduction. He is one of the most amazing DJ’s and producers we had a pleasure to listen to and talk to (more than once) and every record he releases is special.

However, the one from 2013 called “Lost” is outstanding from a few reasons. First of all, we had to wait a bit longer for a new Trente album to be out and the expectations were high. He totally rose to the occasion with “Lost”, presenting a dark, slightly disturbing mix of compositions. As always, guests are singing on the album and this time the contributions from Sune Rose Wagner (The Raveonettes) and Jonny Pierce (The Drums) were absolutely outstanding.

“Lost” might not be the best album in Trentemøller‘s discography, but it is for sure a very important one. There comes a time in every artist’s life, especially when you are already a well-established act with a collection of released music when the danger of falling into repetition and getting boring rises. In our opinion, with “Lost” Trentemøller managed to successfully escape this danger and move forward artistically. The amazing collaborations brought freshness and energy to the record, musically it was a very high-level release, with a chilling atmosphere and tension.

The following record “Fixion” released in 2016 followed the steps of its younger sister, yet “Lost” was an album that reminded everyone why they love Trentemøller, at the same time being a nice surprise sound-wise.