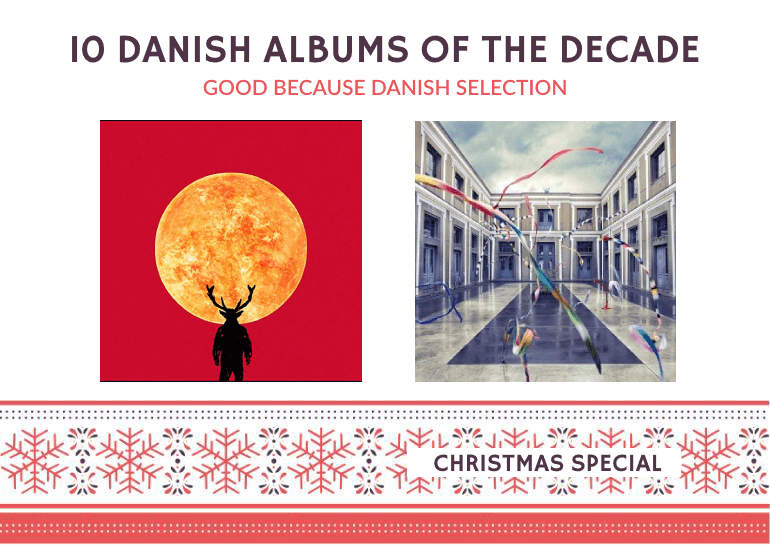 For the past 10 years, we have been listening carefully to musical exports coming from Denmark. We watched incredible bands break up and mediocre ones selling out arenas. We talked to our Danish friends and readers about the state of the music industry. Some of the releases were highly praised, others criticised. As we are bidding farewell to this decade, let’s look back at some of its most outstanding albums. These are not necessarily the favourite albums of the Good because Danish editorial team, but some of the most special ones made the cut. However, we did our best to stay objective and select the records which made a significant impact on the music scene and the society as a whole.

As an outsider looking in, it was initially hard for me to understand why The Minds of 99 had grown to mean so much to the Danish youth. It is not something you can fully rationalise, but it is definitely something you can feel every time you encounter the fans.
Let’s make an experiment. At 3 AM, when you are approaching Nørreport station, trying to get home from a Friday night out, just wait. Sooner or later, a flock of drunken young adults will appear. The Fans of 99, if you will. Inevitably, one of them will serenade “og vær hilset, min ven / godt at være hjemme igen…” before fully breaking out into their best impression of “Ung Kniv” that nobody asked for.

My best guess is that the raw authenticity of the lyrics on “Solkongen” made the record so special. Niels Brandt simply tells it how it is, neither romanticizing nor trivialising the human condition.

Some parts are grotesque. Those are the parts that hit closest to home. I remember feeling stunned when I read Soundvenue’s interview, in which Niels Brandt briefly talked about the song “I’m Gonna Die“. He said it was “about ego and loneliness, and about wanting to draw attention to oneself. You just want somebody to give a fuck about you, so you say the ultimate – I am going to die. Maybe it’s even a lie.” The album “Solkongen” extracts your concealed feelings of desperation, frustration and yearning, examines them under a magnifying glass and then hands them back to you. It lures you with a catchy beat and gets under your skin.

Actually, our colleagues at Soundvenue did a great job summarising the essence of The Minds of 99. So I am just going to translate it for you.

The Minds of 99 and frontman Niels Brandt spent the 10s’ putting music and words onto their own existence. On the youth. On the goddamn life we all live. A life, where everyone disappoints over time. Where the knife is sharp. Where love comes before honesty. Where we all need to remember to become something, be something, write something, never hold anything back – like stars in the sky.

Niels Brandt is a modern rock poet somewhere between lyrically gifted and down-to-earth: Minds is the band you drink a beer with, but at the same time you learn something about life.

Efterklang is one of the most amazing Danish act which never failed to amaze us over the years. Their unconventional approach to making music and exploring the sound Universe is astonishing. With their album “Magic Chairs” from 2010, they brought a new quality into the music scene and we believe they were one of the very first Danish acts which “broke the barrier” of the DK border and got to be known abroad.

The lightness of “Magic Chairs” and the organic sounds presented on the record simply steal your heart right away. I remember first listening to this album and almost physically feeling how all the heavyweight is lifted from my chest. The songs on the album are composed as if the band was flying in the clouds and looking at things from a great distance which gave them a broader, more full perspective. They is something from a fairytale in every song. Especially the opening “Modern Drift” and “Mirror Miror” create an atomosphere of excitement and joy, reminding the listener how pleasant listening to music can be.

It has been almost ten years since the release of this particular gem, and during this decade Efterklang not only confirmed their status as pioneers on the Danish music scene but also went above and beyond in their musical creations, with amazing work which recently has been crowned with the first-ever album with Danish lyrics – “Altid Sammen”.

In our opinion, “Magic Chairs” was the real start of an amazing Efterkland journey to the top of the tops when it comes to Danish music and we look forward to seeing what another decade will bring from them.

Most important DK albums of the decade – part 2 – read HERE.

Most important DK albums of the decade – part 3 – read HERE.