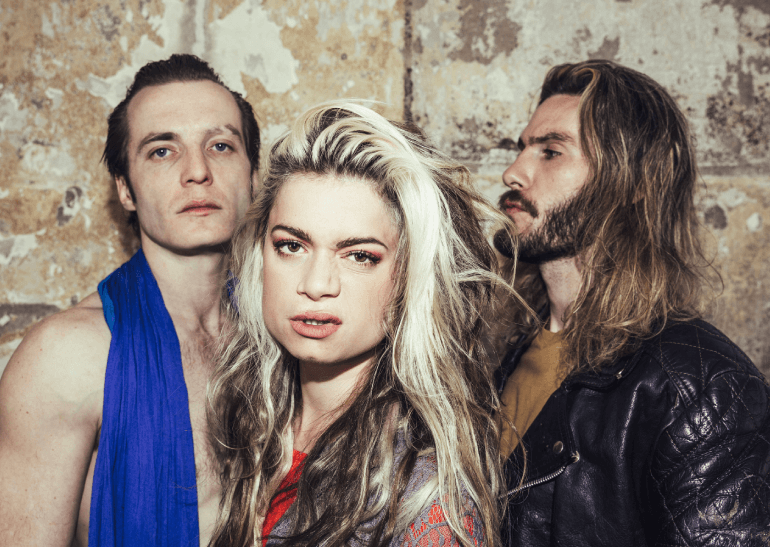 Twin Dive is an Aarhus-based band that was on Good because Danish radar since they formed about a year ago, but now we have a great reason to finally write about them. Their new single “Holly” was released today, 7. November 2019. If you are a fan of heavy sounds which aren’t easy to box into a specific category – you will love Twin Dive.

The trio brings a lot of freshness with their edgy guitar sounds and half-screamed, half-sang vocals. In “Holly” Twin Dive takes a look into the issue of people’s egos:

“Although the song is about ego, and some of the lyrics are self-glorifying, it’s really said in irony, for the most part at least.” – says frontman Robert Jancevich.

Musically, the noisy rock tune is as demanding to the listener as it brings satisfaction once you truly dive into it. “Holly” is accompanied by an intriguing video clip. It is – at least on the surface – very colourful, organized and steady in contrast to the music, which makes the process of watching it slightly disturbing and thought-provoking.

Twin Dive makes a strong case with “Holly” – musically, lyrically and visually. It’s a perfect first contact with the band that had great potential in them. They already sound like titans of the heavy, noisy, rock music scene, we hope to hear more from them soon which will confirm this first impression.