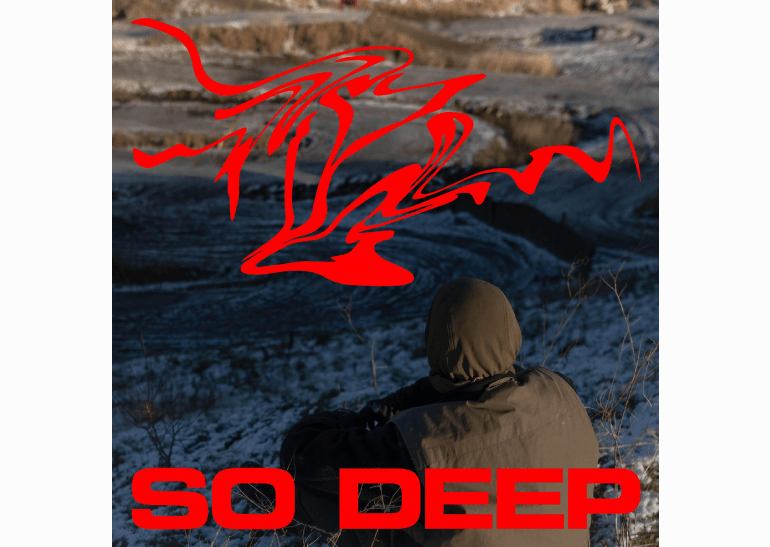 When Saints Go Machine is one of those bands that make chills go through our spines at Good because Danish when we listen to them. With their new album “SO DEEP” they prove once again that their creativity has no limits. Waiting six years for a new full record was worth it.

The multi-layered musical Universe created on “SO DEEP” is intoxicating. From the very first sound, you instantly know it will be something special. As they say – When Saints Go Machine is an electronic group – but boy oh boy do they take the electronic music to a whole new level! Mixing the beats with very special sample sounds and Nikolaj Manuel Vonsild’s vocals gives an effect of a very complex composition in each song.

A great quality of “SO DEEP” goes in line with the feeling of a very personal message that When Saints Go Machine is trying to pass on. Even though electronic, their music can touch your soul and make your mind wander. It’s a great combination of mystery, melancholy and day-dreaming locked in a very detailed-built musical structure, as you can hear right away on the whole album, but especially in the single “Reflection of You (Bloodshot)”.

Earlier this autumn, When Saints Go Machine were on tour around Europe and they passed by Poland to play concerts in Warsaw and Poznań. We met with the vocalist Nikolaj Manuel Vonsild in Warsaw on the 20. October 2019, to talk about being back on tour, a very interesting process of making “SO DEEP” album and his advice for young people entering the music industry.

You can read the interview below.

Good because Danish: It’s really nice to see When Saints Go Machine releasing new music. How does it feel to create things together again and be back on the road?

Nikolaj Manuel Vonsild: It feels nice, but maybe it is also to some extent weird. We only did this tour because we really wanted to simply tour again and we never had this feeling before. We just wanted to play shows again.

Your new album “SO DEEP” will be out on the 8. November 2019, can you tell us a little bit more about it? How did it happen that you got together to make music again?

Two years ago we released an EP and we just wanted to see if it was still fun to work together… and it was. Then we had done a symphony project with the Copenhagen Philharmonic Orchestra, it was our back catalogue written as a symphony. After that we thought of asking the orchestra if they wanted to record with us and do another symphony. We started that and recorded a lot of different smaller pieces with the different ensembles from the Philharmonic Orchestra and it became a huge sample bank with many hours of music. Then we started cutting that up and doing different sketches for the symphony, but in the end, we figured that if we come back and do another album after six years it has to be an electronic album, because we are an electronic ensemble. So we had to rearrange a lot of the stuff that started as symphonic samples.

I think, all in all, we did it, because it seemed like such a nice project and something that we never have done before. When you’ve been playing music for so many years it has to be something that gives something back, you know, something that you learn from and this process was the most educational process that we could think of.

How to stay fresh when you know each other for a long time and already made a lot of music together? What is the key to not to repeat yourself as a band? Is it a big challenge for you or does it come naturally?

I think it comes naturally but the thing is to connect every inspiration that we have, the three of us. It takes some time to figure out what is it that we’re doing. At first, you’re just playing around and you go in different directions and you try to find a path together and that takes some time, but when that happens it’s always just fun working together. I think that is how we started – we were being interested in a lot of different stuff, a lot of different genres and just love all kinds of music. But I also think that what keeps it fresh as you say is that we’ve been doing other projects as well. Also, always wanting to learn more and dive into your craft as a musician, as a producer helps a lot.

You have been a part of the Danish music scene for a long time in different roles. Do you have any advice for your artists who enter this particular music industry? Do you think you can be a kind of mentors for young musicians and share some wisdom or so?

I’m teaching at the music conservatory now, so I’m kind of doing this in a way. I guess the best advice – to keep it short – is: you shouldn’t listen to anyone. Just do whatever you’re interested in but you have to think about what’s the greater vision of what you’re doing. There’s so much information now, so – especially coming from European capital somewhere – you have to be able to kind of filter a lot of stuff out. Otherwise, if you’re trying to do everything, then the greater vision becomes blurry and in the end, no one should listen to you.

You can see it as the camera lens. You can put different elements into it and the last part of it, the last window is what the audience sees. If your vision is strong enough then all these elements just connect to your vision, but if you have an element that doesn’t fit your greater vision, then it becomes stronger than the vision itself and everything becomes a mess. I would say: think about what’s your mission is – the greater mission of your artistic journey – and try to always have that as some sort of a beacon.

That’s what I would say, and also: don’t be discouraged by the whole industry thing and don’t believe anyone else than just the people that are close to you. Not because people are lying but because people don’t know any better than you do. And don’t follow trends that are over too fast.

We meet today – on the 20. October 2019 – before your concert in Warsaw, I assume you will play some songs from the upcoming album. Do you already have plans to be back on the road with a tour after the release of “SO DEEP”?

Hopefully. We would like to play everywhere again, but I think we would also like if it’s possible, when we go somewhere to stay for a bit longer. Because it’s nice to get to know people, it’s nice to get to know a city better that you played in. We have been around at least Europe many times now over the years, but it would be nice to actually get to know Europe a bit better. So hopefully we will play everywhere again and I’m so surprised that people are still listening. That feels amazing to us!