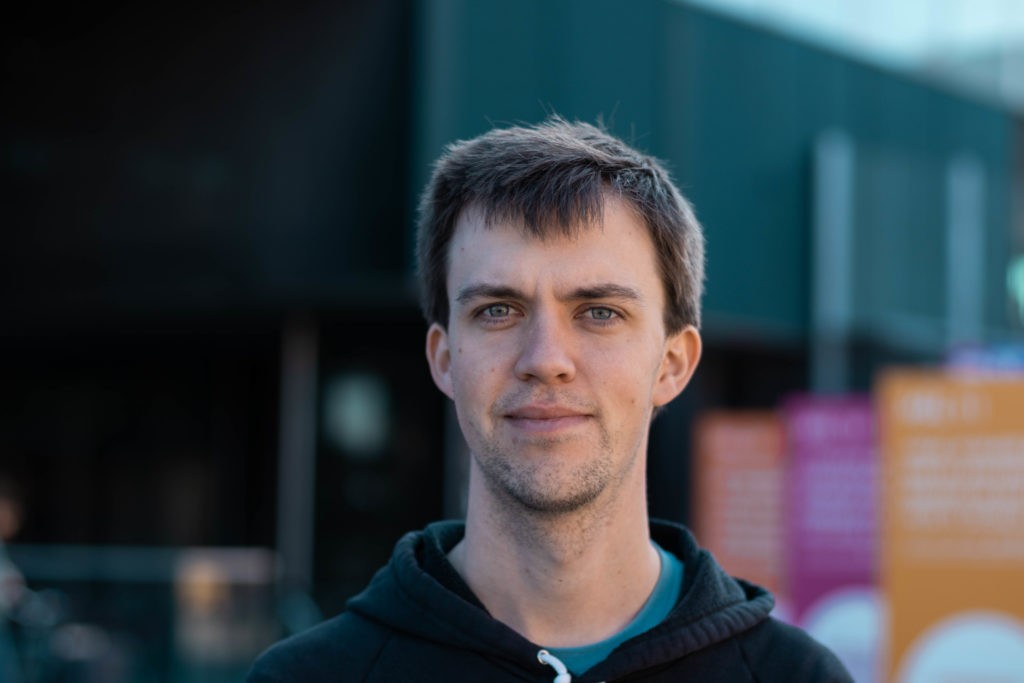 Søren Manscher is not a newcomer to the Danish music scene – we already know him through Harmonics and Oh Lois. Harmonics in particular caught my attention many years ago because of the evocative lyrics and skillful storytelling. However, for the past couple years we didn’t hear much from Søren Manscher’s side. He had moved from Aarhus to Copenhagen to study and began to work on his solo album. The collection of 11 songs came together under the title “Det er balancerne der holder sammen på det hele” (Danish for “It is the balances that keep everything together”), through which the listener is invited on a journey full of observations, anxieties and experiences of the 29-year-old.

Most of his previous lyrics were in English, but the new album is entirely in Manscher’s native Danish.

“When I talk in English, I feel like I create some sort of persona, but Danish obviously comes out more personal.”

He adds that even doing this interview in English doesn’t come completely natural. Many multilingual people would relate to the feeling…

Some songs on “Det er balancerne der holder sammen på det hele” take you to places so personal that you almost feel too intrusive for even listening. Surprisingly, only one story on the album is fictional – the track “Inge og Finn”. The rest, Søren admits, is purely autobiographical.

“I feel much more confident releasing something that is personal instead of something that is not. People may think that I am exposing too much of myself, but I don’t agree. And these songs are easy to relate to. Playing on tour with Søren Huss, I begin with a song called “Frie Mennesker”  which is about hearing your neighbors have sex. Every single time the audience responds wonderfully by laughing and loudly applauding. The only song I felt awkward playing in front of my family was “Du Er Jo Ikke Min Kæreste” because it is pretty graphic, but now we can joke about it”

“Det er balancerne…” is not an emotional album. There are a lot of feelings, but they aren’t intense. The album is more of a reminiscence rather than an outlet for processing emotions.  When asked about inspirations, Søren prioritizes life situations, awkward moments, movies and books.

Right now, he is on a 6-week tour as a support act for Søren Huss. It is Manscher’s first time doing an extensive tour like this but he seems excited and positive.

“When we arrived at the first venue and saw Søren Huss doing the soundcheck, it just hit me, like, oh my god, I am playing right before him! On the first night in Slagelse I was overwhelmed by how well it went, and how lovely the audience were. When it was done, I just had to put my head down on the table and cry because I was so touched.“ 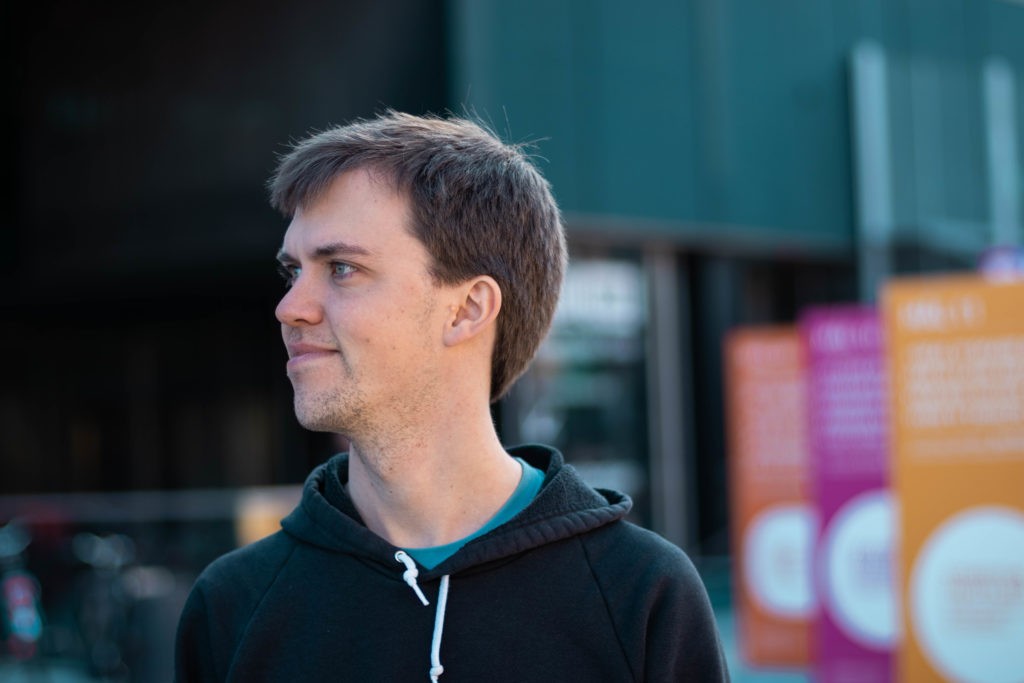 Wrapping up our conversation, Søren Manscher reflects on his new experience of writing music together with other artists, suggesting more of that in his upcoming work.

“I just came back from the Faroe Islands where I went to play concerts and write. I discovered that it is actually so easy and fun to write with other musicians. It was new for me because I had always been like a lone wolf and thought I had to do everything by myself. I didn’t want to lose control. When writing music, I put my heart out there, so people can easily disregard it as a bad idea and crush it. But I learned that when you work with the right people and come with the right attitude, it can be a very rewarding process. Sometimes you just have to accept the fear and keep moving forward.”