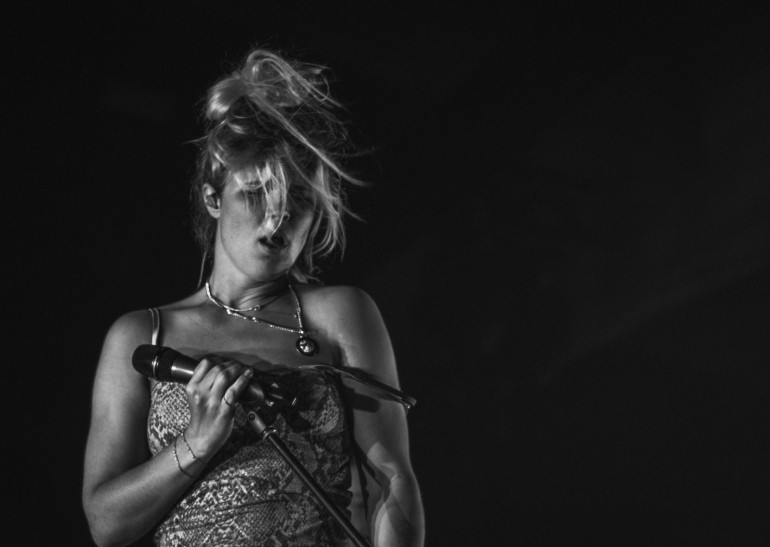 After Off Bloom released their new single “Am I Insane?” we simply could not wait until October 2019 to see their headline show at Hotel Cecil.

Luckily, the Danish band were supporting England’s indie giants The 1975 at Copenhagen’s TAP1, and that is where we headed.

The moment the lights went down, and the trio fronted by charming Mette Kathrine Mortensen appeared on the stage, the warehouse-looking room, filled up almost to the capacity by 6 000 people, turned into one big party. The hardcore The 1975 fans were certainly in for a treat, especially when Off Bloom did a fantastic job covering “Don’t Speak” by No Doubt. The energy of the charismatic lead singer is infectious. It would be unfair to try and compare Off Bloom to any other band because they really are one of a kind. But, perhaps, their fellow Copenhageners First Hate could come close to matching the vibe of that concert. Do not take our word for it though, it is only the indefatigable dancing that inspired the comparison. Come and see Off Bloom by yourself in October, it is going to be one hell of a show! 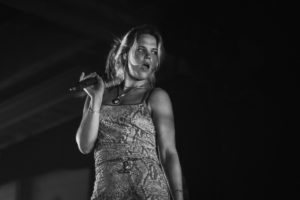 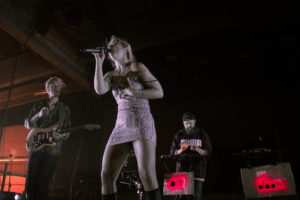 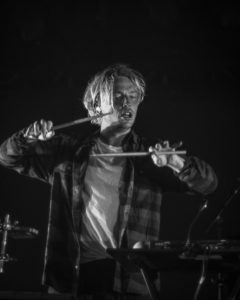 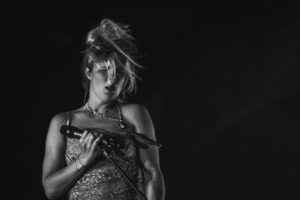 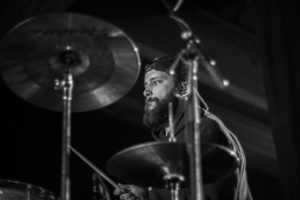 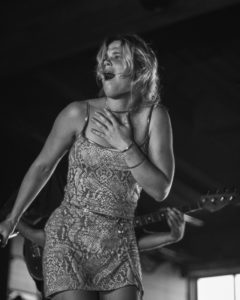 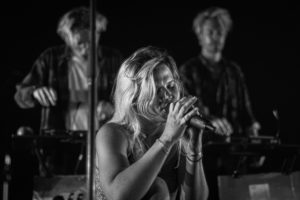 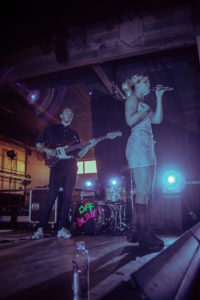 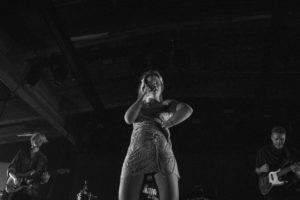 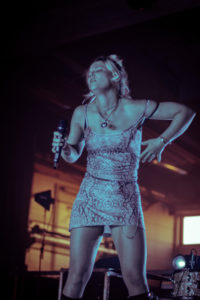 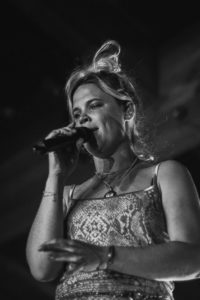 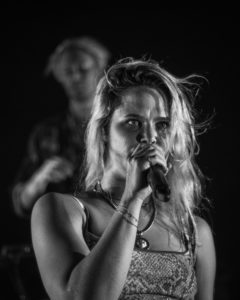 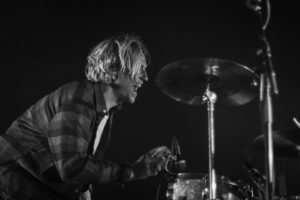 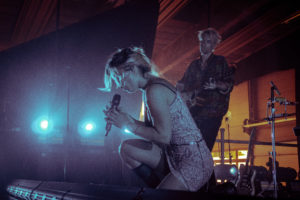 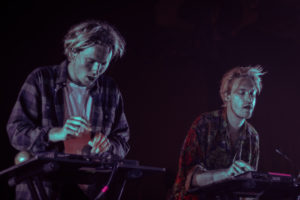 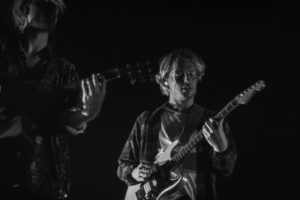 In coversation with: DUSIN