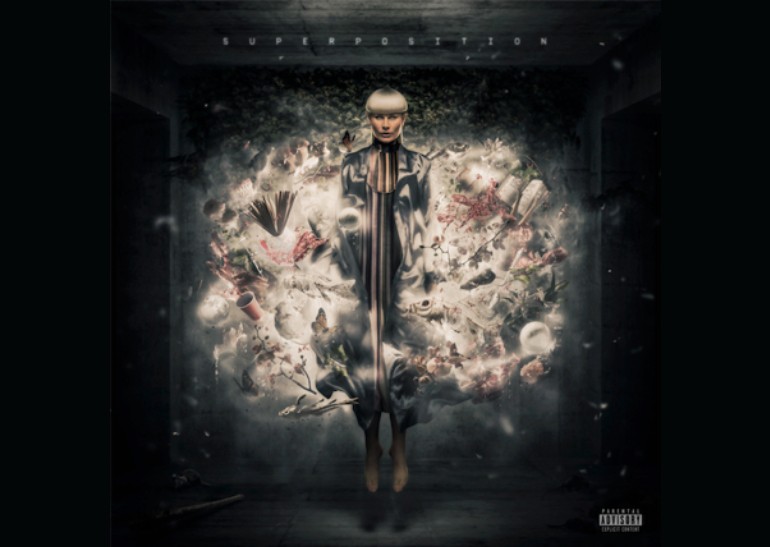 Yes, we are uber-fans of Kill J from the very first release of hers. Yes, we can’t be that objective about her music because of that. Yet, yes – her debut album “Superposition” (premiering today, 14. June 2019) – doesn’t need our help to prove that Kill J’s art just something else. And yes – it is art. In a purely musical form. Just listen to it.

“Superposition” was in the making for a long time and brings us a selection of 15 songs, which are all separate universes, yet fit perfectly together as well. There is a lot of songs which touch the topics of science and physics (you can read more about it in our interview with Kill J). There are many which are politically or more – humanly – charged. From powerful singles “Addicted” and “Silver Spoon” to more melancholic “Cadaver” or “This Is It Rowdy”, Kill J presents the various facets of herself and a wide palette of her vocal abilities.

The debut album can feel very innocent and gentle at times, like in the song “Double Helix”. But it also has a certain level of disturbance and heaviness – for example when I listen to “Six Flavors”, I feel like suddenly locked in a stuffy room. It is an amazing power of Kill J’s music – it can create an atmosphere which I can literally feel in the air, while the songs change. From cold and goosebumps of “Strange Fruits of the Sea”, through a breath of fresh air in “Second Chance”, to a gentle breeze of “Moon Sick”. “Superposition” is like a musical journey through space and time to some extent.

No matter how you define the genre she’s creating music in, this debut from Kill J is definitely a gem. But to fully appreciate it, you need time and you need attention. It’s not necessarily a “radio-friendly” album in its whole. Which I personally think is a good thing. It challenges the listener to pay attention. It touches issues which we rarely get to think of, let alone listen to in song lyrics. It has darkness and brightness dancing together in a gracious manner, the same as every part of the Universe we live in is dancing – from the tiny ones to the giant ones.

On “Superstition” each part – from the small details to the big parts – is also perfectly combined. Kill J delivers an album which we – the music scientists – can now break into pieces and re-discover over and over again.