IN CONVERSATION WITH: Mr. Koifish 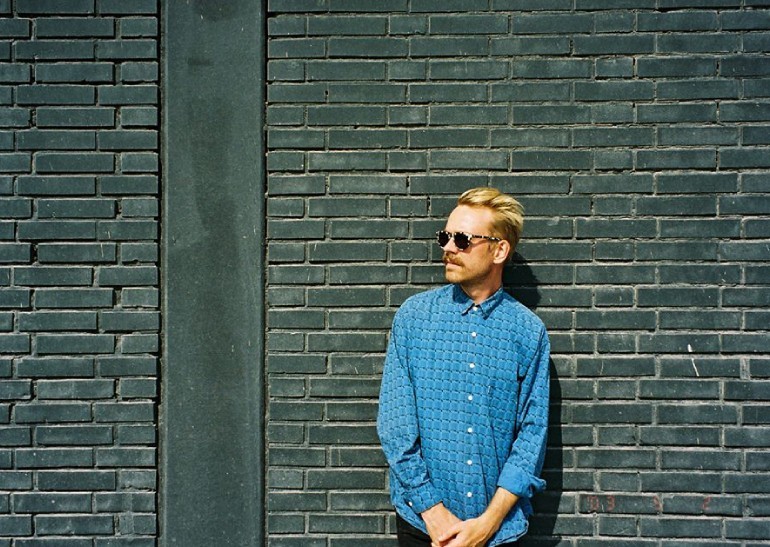 Many of you know that Good Because Danish has a strong connection to the Turboweekend era. No wonder, that one of the most exciting new Danish acts over the last few months for us has been Mr. Koifish. We were very curious what would follow from the band, that we have loved for so long. And what can we say? Morten being the first one of the four guys to release new music as Mr.Koifish last summer has delighted us – in all ways. Now we were lucky enough to ask him a few questions and learn about his music, his emotions and his plans as a solo artist. Enjoy!

Good because Danish: After the end of Turboweekend, after 12 exciting years, you were the first one to release a new piece of music as a solo artist. Pressure or excitement – how much of both was in there for you?

Mr. Koifish: I felt absolutely no pressure. I was ready to start my own thing and had been for some while. It felt very natural to start something new.

Being in a band and being an artist all on your own is – as we imagine it – quite different. What was the biggest change for you, when you started producing music as Mr. Koifish?

It is a very different feeling being on your own. A lot more responsibility, but in a good way. There is a lot shorter way between a and b when four people don’t have to agree about everything and that feels good. But it’s also at times a bit tough, knowing that if you don’t do anything nothing happens.

Your first song “The End” is about new beginnings and leaving the past in the past, in a positive way. What is it that made this new beginning most special for you?

The song was written when my wife was pregnant with our first child. And becoming a dad is the most amazing thing that has happened to me. In general new beginnings are always a very interesting thing. Letting bygones be bygones is was the song is trying to communicate.

You mentioned that Trip Hop inspires you a lot when coming up with your new music. Where else do you find inspiration for your new tracks?

I would say that I’m into a lot of different music at this time, but Grunge, Indie, Afro/funky soul is doing it for me at the moment. And actually not so much Trip Hop at the moment. I got a friend’s vinyl collection with a lot from the Manchester scene that I’m listening to right now.

In your song “Be Loud” you combine music with visual effects – do you have more plans for bringing visuals and music closer together in the future?

Yeah, I love when you can combine those two. I’m working a lot with Jody Barton and we are working on a video for “Love was the sun” which will have Jody lovely touch on it with all his drawing.

For your newest single “Love Was the Sun” you cooperate with Kitsuné Musique – can you tell us a little bit more about this project?

Kitsuné found me on Soundcloud and asked me if they could release a single with me. And I, of course, said yes! That was about that. Sometimes you are lucky in that way they have been super easy and nice to work with.

One upcoming highlight to see you live is the SPOT Festival. Where else can we still expect you this year?

Honestly, I don’t know yet. I’m finishing my EP that will come out in early June. But I will keep my social channels updated when I know

Will you mainly focus on Denmark or are you also planning to play abroad any time soon?

I’m up for coming abroad to play, but I gotta release some more music before it makes sense, I think. But I will hopefully see a bit more of the world with this project.

If you had to describe your first few months as a solo artist in 3 words – what would it be?

And last but not least – a lot is happening in the Danish music scene – who are you mainly listening to nowadays? Any new Danish artist that caught your attention?

I really like the new bands Søn and lowly, the Entrepreneurs and Kenton Slash Demon.